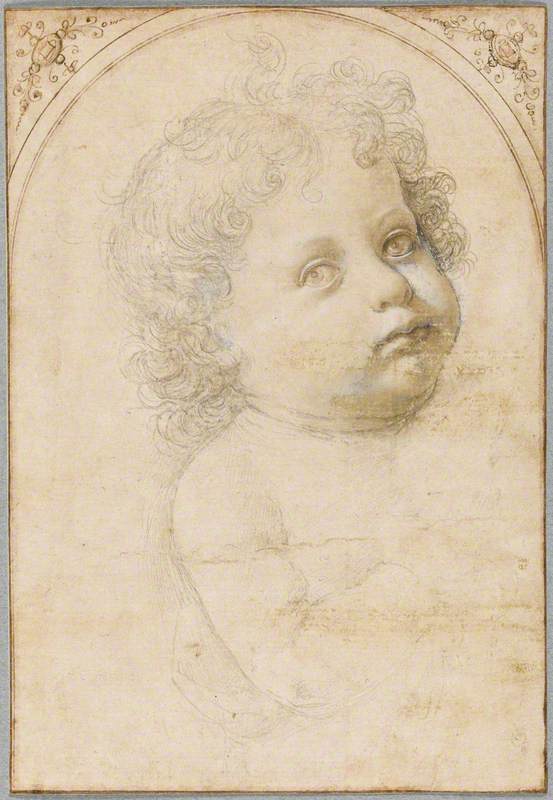 Head and Shoulder of a Baby, Turned towards the Right

(b Florence, c.1435; d Venice, June/July 1488). Florentine sculptor, painter, and metalworker, one of the outstanding Italian artists of his period. His nickname Verrocchio (‘true eye’) does not refer to his sharpness of vision, but evidently was adopted from a goldsmith for whom he worked early in his career. He is said to have studied in Donatello's workshop, but his main training was as a goldsmith, and delicacy of craftsmanship is one of the salient features of his work. Only one work in precious metal by him survives, however—a silver relief of the Beheading of John the Baptist (1477–80), done for the Baptistery in Florence and now in the Cathedral Museum. His major activity was as a sculptor, in marble, terracotta, and above all bronze, in which he created his two most famous works.

Read more
These are ranked among the great masterpieces of Italian sculpture, alongside the statues of Donatello that inspired them, but they also show the great differences between the two artists: Verrocchio's David (c.1475, Bargello, Florence) is more refined, but less broodingly intense than Donatello's David in the same museum, and Verrocchio's crowning achievement, the equestrian statue of the condottiere Bartolommeo Colleoni in Venice (begun 1481, cast after the artist's death, and unveiled in 1496), has a magnificent sense of movement and swagger, but less of the heroic dignity of Donatello's Gattamelata statue in Padua. It is much harder to assess Verrocchio's stature as a painter, as very few pictures can be certainly assigned to his own hand. However, numerous paintings came from his workshop, which was the largest in Florence at this time, and he trained distinguished painters, most notably Leonardo da Vinci, who assisted his master with the Baptism of Christ (c.1470, Uffizi, Florence), one of the few pictures indisputably by Verrocchio. (Among the other paintings from Verrocchio's workshop in which the young Leonardo's hand has been plausibly detected is Tobias and the Angel (NG, London), the sprightly dog in particular being worthy of him.) Leonardo took his superb craftsmanship from Verrocchio and also shared his fascination with two contrasting types—the tough old warrior (as in the Colleoni monument) and the epicene youth (as in the David). Leonardo's enormous fame has tended to cast a shadow over his master, but nevertheless Verrocchio is generally regarded as the greatest Italian sculptor between Donatello and Michelangelo.