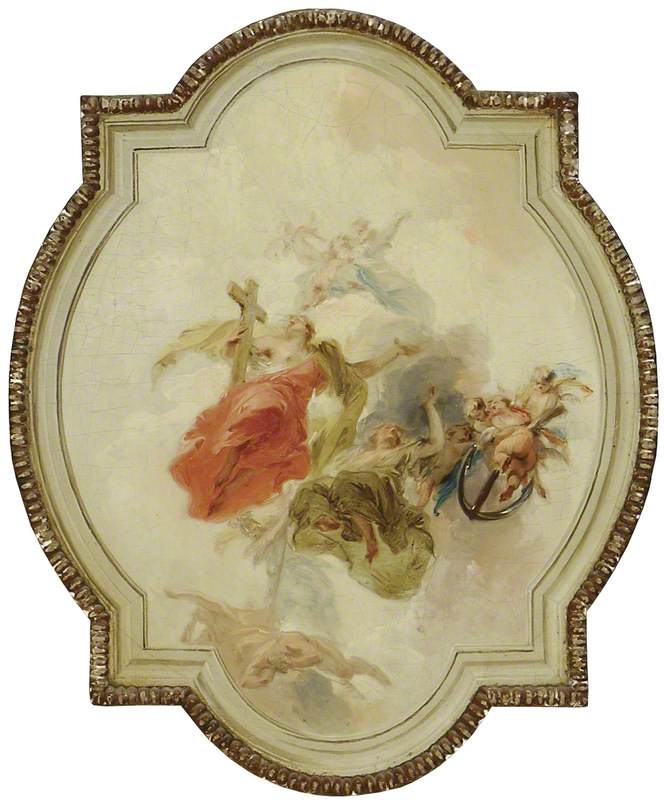 Triumph of the three Christian Virtues

(bapt. Amsterdam, 19 Dec. 1695; d Amsterdam, 12 Nov. 1754). The outstanding Dutch decorative painter of the 18th century, active mainly in Amsterdam. He had his principal training in Antwerp and learned much from Rubens's ceiling paintings in the Jesuit church there (his drawings became valuable records after the paintings were destroyed by fire in 1718). De Wit's style, however, was much lighter than Rubens's, with a Rococo delicacy and charm. He was a Catholic and was the first Dutch artist since the 16th century to carry out a good deal of decorative work for Catholic churches, but he was at his best in domestic ceiling decorations (Bacchus and Ceres in the Clouds, 1751, Huis Boschbeek, Heemstede). His name has entered the Dutch language to describe a kind of trompe-l'œil imitation of marble reliefs for which he was renowned: such pictures, usually set over a chimney piece or door, are called witjes (Dutch, wit: ‘white’).

Read more
De Wit was also an etcher and a noted collector of Old Master drawings.