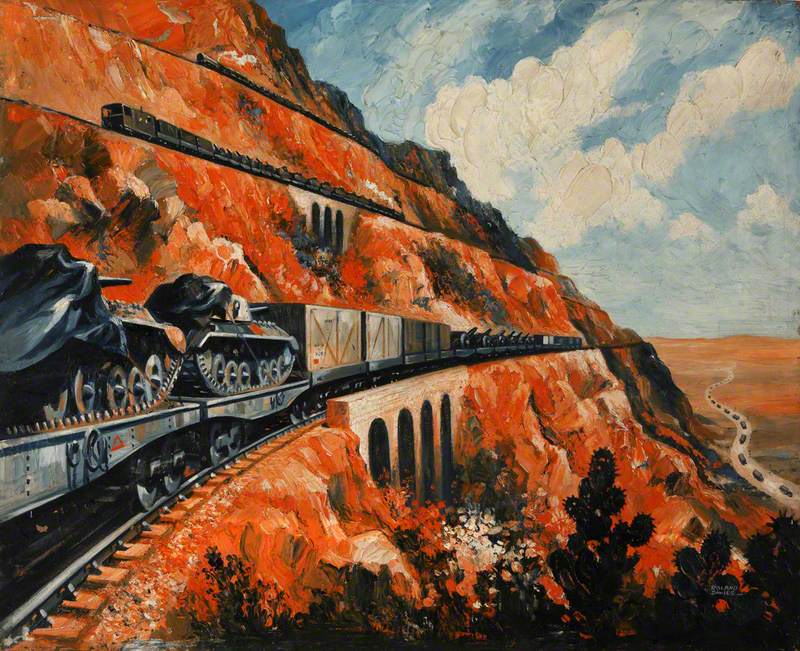 Cartoonist, commercial artist and painter, born in Stourport, Worcestershire. Aged 13 he attended evening classes at Ipswich School of Art for two years, then full-time for two more. Left home and became apprenticed to a litho-printing firm in West Drayton, designing cinema and other posters. Began to offer cartoons as a freelance to Motor Cycle News and Autocar magazines. Davies created his genial, plodding carthorse cartoon strip Come On, Steve!, which appeared in the Sunday Express from 1932–9, then in the Sunday Dispatch. The character also featured in animated films, and Davies developed a career drawing for other papers and children’s comics. In World War II Davies worked for the Ministry of Information. By 1972, under the guidance of art dealer Alan Class, Davies had turned to painting in oils, creating nostalgic London street scenes, marine and cowboy pictures.