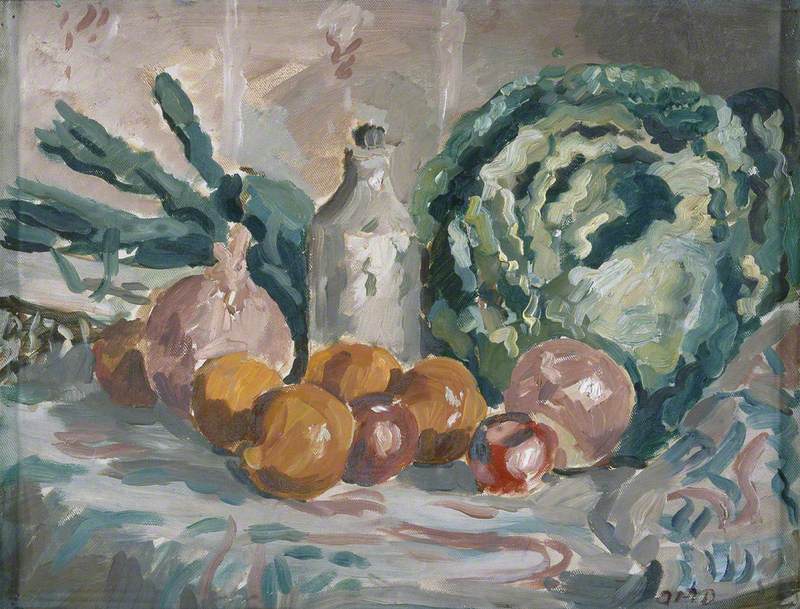 Painter, illustrator and writer, born in London and educated at Charterhouse, where he early showed a talent for drawing. Studied at Slade School of Fine Art, 1920–4, but found its regime unsympathetic. Instead preferred the company of Augustus John and his circle, sometimes assisting in John’s studio. A congenial man, Daintrey gathered a wide circle of friends, who included the artists Nina Hamnett and Rex Whistler, Matthew Smith and Alvaro Guevara and the writer Anthony Powell. After the Slade he continued his studies in the Louvre and L’Académie de la Grande Chaumière, Paris, then became art master at Dean Close School, Cheltenham. First exhibition shared with Paul Nash at Dorothy Warren’s gallery in 1928, and as a result Daintrey gained aristocratic patrons who helped ease his money worries.

Read more
During World War II served widely abroad and was involved in camouflage work. Finding himself unfashionable as an artist after the war he held shows in his studio. He also served as the magazine Punch’s art critic, 1953–61; published a pleasant volume of reminiscences, I Must Say, in 1963; and from the late 1960s taught part-time at the City and Guilds Art School, eventually becoming its librarian. Latterly Daintrey had successful exhibitions of his witty and attractive paintings and drawings, often featuring the area around his studio in Little Venice, London, at South London Art Gallery, Michael Parkin Fine Art and Sally Hunter Fine Art. British Museum and Imperial War Museum hold his work.