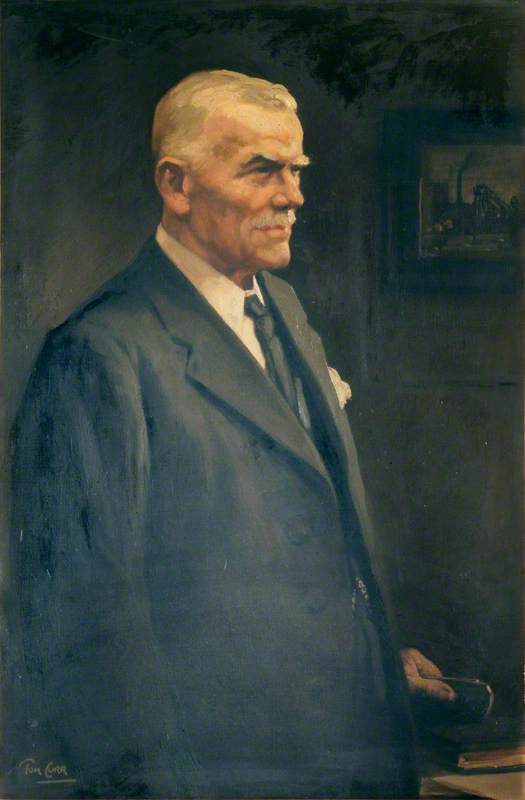 Government Art Collection
Artist and cartoonist, born in Edinburgh, where he continued to live. He was educated at Daniel Stewart’s College, the old Life School at the Mound and at Edinburgh University. From the life class he went to Edinburgh College of Art when it opened in 1909, where he met his wife, who taught drawing. After commissioned Army service in World War I Curr returned to the printing firm McLagan and Cumming, which he had entered as an apprentice artist, eventually becoming managing director. Much of his early work was black-and-white, but later he showed annually in RSA and other exhibitions, finding many subjects in the countryside. Work bought by Scottish Office, London. Curr was a staunch Baptist, active in the life of Edinburgh, of which he was a bailie.