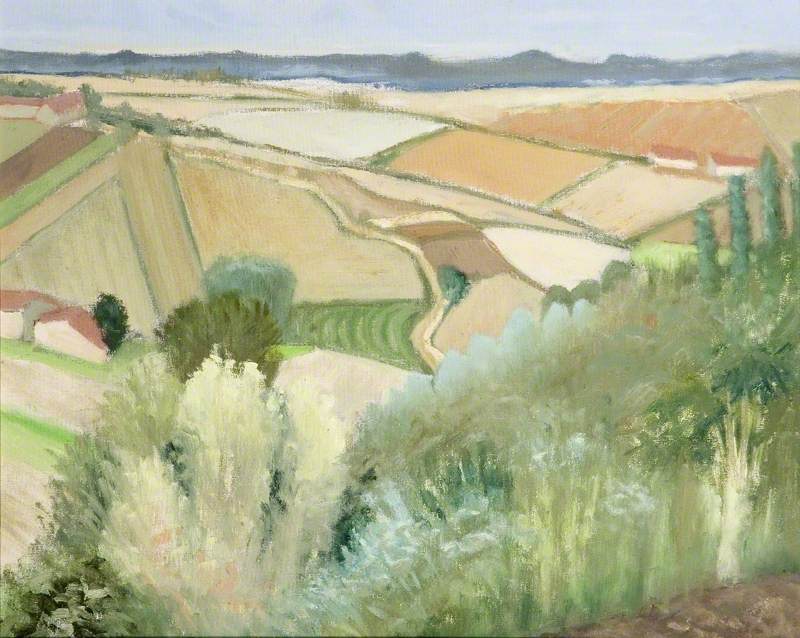 Painter and draughtsman, born in Essex where she settled at Great Bardfield. Studied in Munich, Germany, 1934, then courses in life drawing and sculpture at St Martin’s School of Art, 1935, and Slade School of Fine Art, 1935–6, her teachers including Vivian Pitchforth and A H Gerrard. Crittall’s painting and drawing was confined to her spare time until 1980, when her husband died, then she concentrated on it seriously. Mixed shows included Bury St Edmunds Art Gallery, 1983; work accepted for RA Summer Exhibition, 1985; and in 1994 both Braintree Town Hall and Fry Art Gallery, Saffron Walden. Had a solo show at Quay Gallery, Sudbury, 1986, later ones including University of Essex, 1992; Braintree Town Hall, 1994; and Guild Hall, Thaxted, 1996.

Read more
Crittall was a member of Colchester Art Society and was included in its Fiftieth Anniversary Exhibition at Chappel Galleries, Chappel, 1996. Gwen John, Winifred Nicholson and Matisse were cited as influences and Crittall aimed at “a palimpsest: richness and depth of tone, one thing half seen through another”. Essex University Library, Braintree Library and Sir Stephen and Lady Tumim held examples.