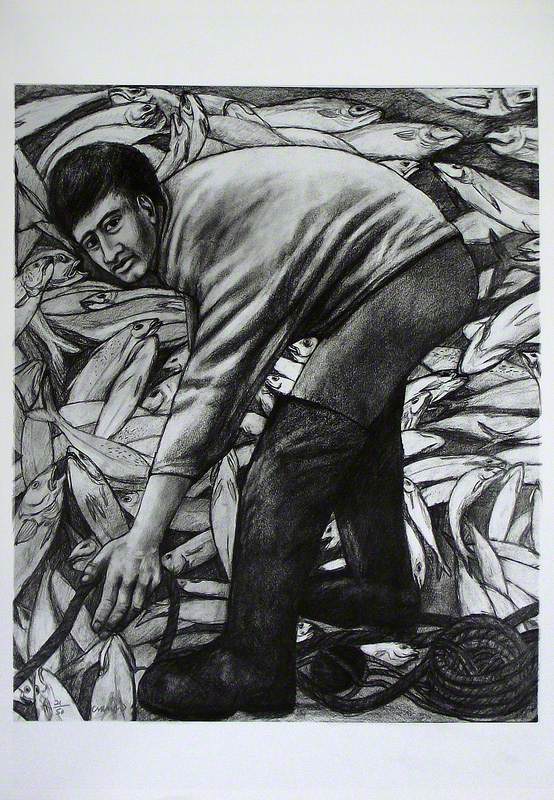 Painter, printmaker, photographer, art historian and teacher, born in Fraserburgh, Aberdeenshire. He attended Glasgow School of Art, 1962–6, under Robert Stewart, and began teaching in 1966. His appointments included professor of art at University College of Wales, Aberystwyth, the first in its history, from 1990. Crawford travelled in Norway, Italy, Holland, France, Greece and America. Among his many activities he gained a commission for the mural The Palio at Siena, University of Leeds, 1971; in 1978 he made Vedute di Roma prints at the British School at Rome; gained a British Council Artists Award, 1981; won the Gold Medal in Fine Art at Royal National Eisteddfod of Wales, 1985; and in 1988 founded Aberystwyth Printmakers with Robert Meyrick.

Read more
Crawford took part in over 100 exhibitions in Britain and abroad, having over two dozen solo shows. His work was held by many collections, including WAC, Hunterian Museum and Art Gallery in Glasgow, British Council and Imperial College. He was co-author of John Thomas 1838–1905: Photographer, 1977, and author of Mario Giacomelli, 1983, and several other books. He was the younger brother of the artist John Crawford and lived in Comins Coch, near Aberystwyth, Dyfed.