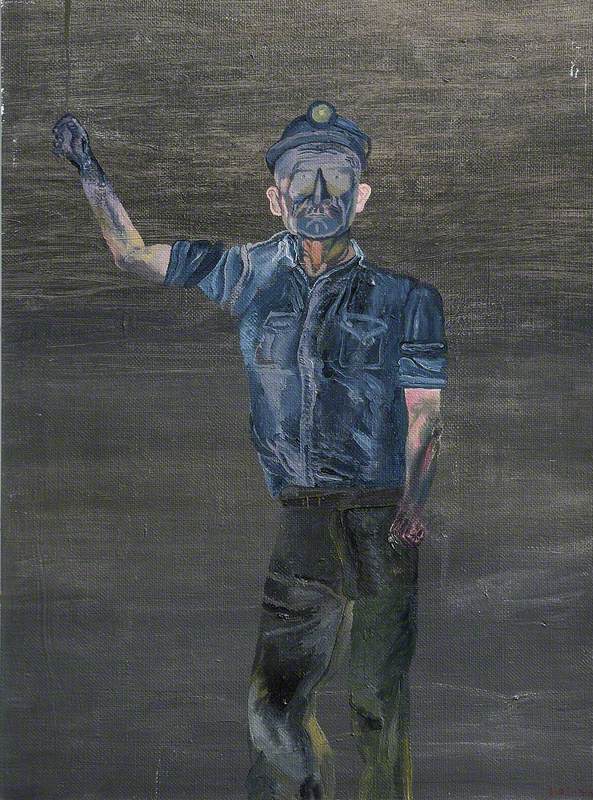 Painter and teacher, born in Rochdale, Lancashire. He attended the local College of Art, 1955–7, St Martin’s School of Art, 1957–9, and Royal Academy Schools, 1959–61. Teaching positions included Colleges of Art in Salford, at Royal College, Newport and Belfast. He was Professor and Head of Fine Arts at the University of Ulster, 1984–6. Crabtree participated in many group shows, including membership of 56 Group, SWG and Royal National Eisteddfod. In the 1970s Crabtree was known as a Social Realist, being commissioned by National Coal Board to paint the working lives of miners in south Wales. Other commissions included British Petroleum, Rochdale Education Authority and a mural for the Diocese of Monmouth. Solo shows included the Howard Roberts Gallery in Cardiff, Trafford Gallery and Kerlin Gallery, Dublin, 1990, where he showed several dozen studies of the Irish writer Francis Stuart, some paying homage to the painter Francis Bacon, whose work Crabtree revered.

Read more
National Museum of Wales in Cardiff and many provincial collections hold Crabtree’s work. The Glynn Vivian Art Gallery, Swansea, has Save This Pit, a fine example of his hard-hitting style. By the late 1990s Crabtree had had over 50 solo shows. Later ones included Y Tabernacl, Machynlleth, 2004.