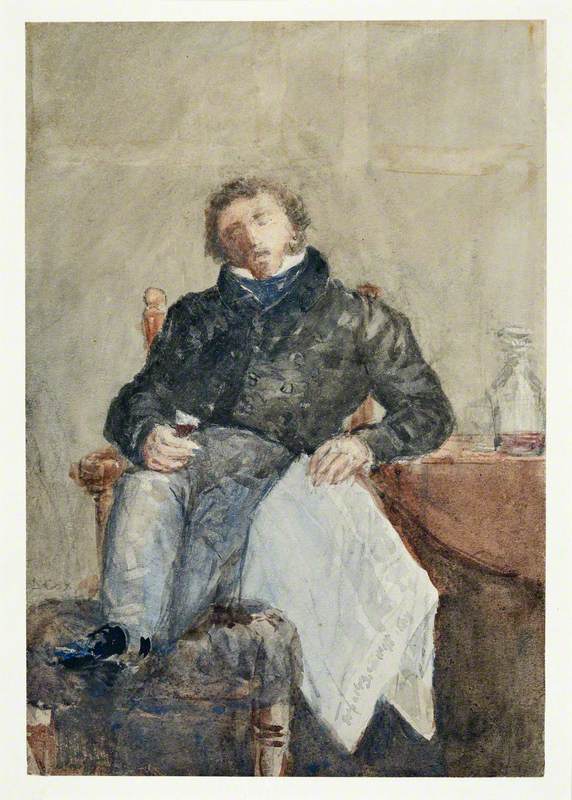 Commercial Traveller Dozing after Dinner at the Lancaster Inn 1840

(b Birmingham, 29 Apr. 1783; d Harborne, 7 June 1859). English landscape painter, mainly in watercolour. In his youth he worked as a scene painter in Birmingham, then in 1804 moved to London, where he took up watercolour, receiving lessons from John Varley. He lived in Hereford, 1814–27, and in London, 1827–41, before retiring to Harborne, near Birmingham (it is now a suburb of the city), from where he made annual sketching tours to the Welsh mountains. In spite of a certain anecdotal homeliness, his style was broad and vigorous, and in 1836 he began to paint on a rough Scottish wrapping paper that was particularly suited to it. A similar paper was made commercially and marketed as ‘Cox Paper’. Cox devoted much of his time to teaching and he wrote several instructional books on watercolour; in the last two decades of his life he also worked a good deal in oils.

Read more
His son, David Cox the Younger (1809–85), was also a landscape watercolourist.