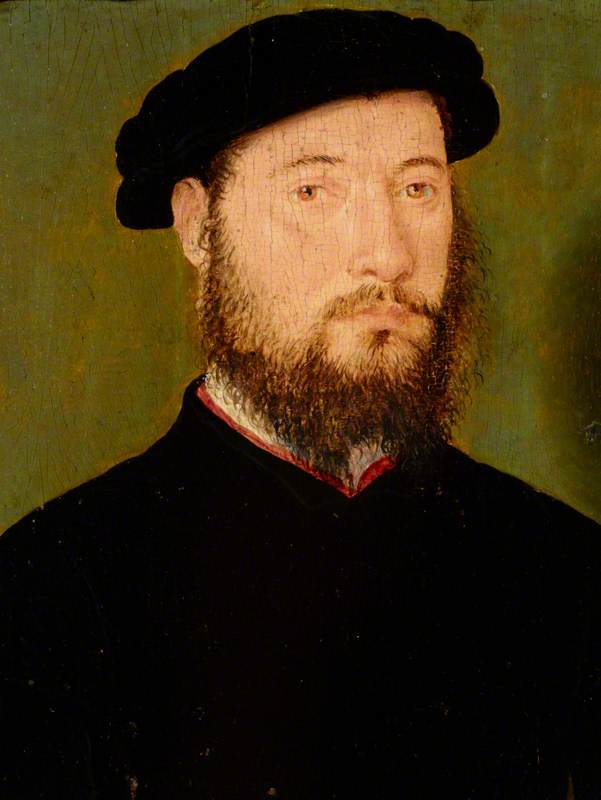 Portrait of an Unknown Man with a Red Collar c.1550

National Trust, Petworth House
(b The Hague, c.1500/10; bur. Lyons, 8 Nov. 1575). Netherlandish-born painter, active mainly at Lyons in France. He was a native of The Hague (in France he is still often known as ‘Corneille de La Haye’), but he had settled in Lyons by 1533 (the first record of him) and in 1540 he became court painter to the Dauphin, later Henry II. Contemporary references to Corneille indicate that he had a considerable reputation as a portrait painter, but only one work survives that is unquestionably from his hand, a portrait of Pierre Aymeric (1534, Louvre, Paris), authenticated by an inscription in the sitter's handwriting on the back of the picture. Many other works in a similar style go under his name. They are mostly small in scale and sharply naturalistic in manner, with the sitter usually set against a plain blue or green background.