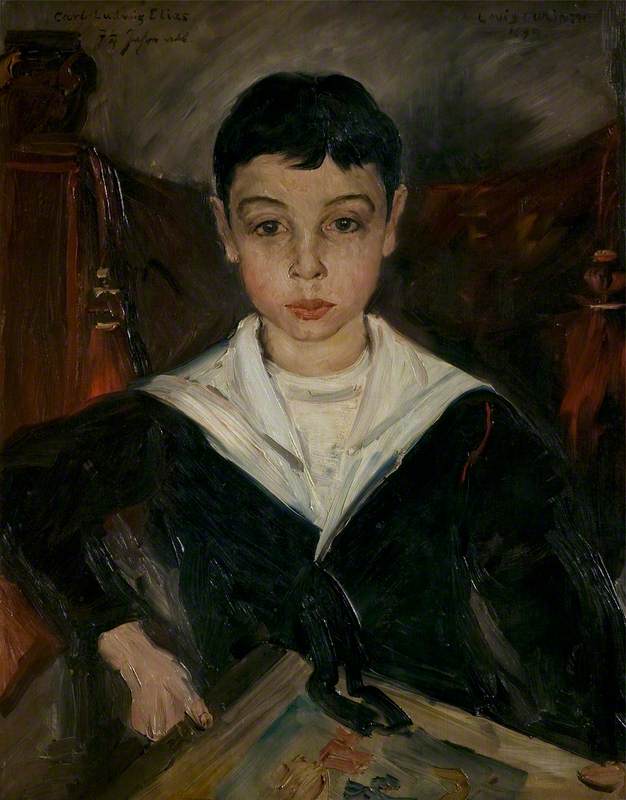 (b Tapiau, East Prussia [now Gvardeysk, Russia], 21 July 1858; d Zandvoort, Netherlands, 17 July 1925). German painter and printmaker. Part of his training was with Bouguereau in Paris (1884–7), but he was more strongly influenced by the painterly work of French artists such as Courbet and Manet, as well as by Hals, Rembrandt, and Rubens. On his return to Germany he lived mainly in Munich before settling in Berlin in 1901.

Read more
With Liebermann and Slevogt (both of whom also lived in Berlin) he was recognized as one of the leading German exponents of Impressionism and in the first decade of the century he was a great fashionable success. However, in 1911 he was partially paralysed by a stroke and when he began to paint again (with great difficulty) it was in a much looser and more powerful Expressionist manner, to which he had previously been strongly opposed (he has been described as ‘an eleventh-hour convert to modernism’). He was varied and prolific as a painter and printmaker. His paintings included landscapes, portraits, and still lifes, and he had a fondness for voluptuous allegorical and religious subjects (Temptation of St Anthony, 1908, Tate, London). His prints were mainly drypoints and in his later years lithographs (which he used for the numerous commissions he had for book illustrations). He also made a few etchings and woodcuts. After the Nazis came to power in 1933 his later works were declared degenerate. Kirchner said of Corinth, ‘In the beginning, he was only of average stature; at the end he was truly great.’