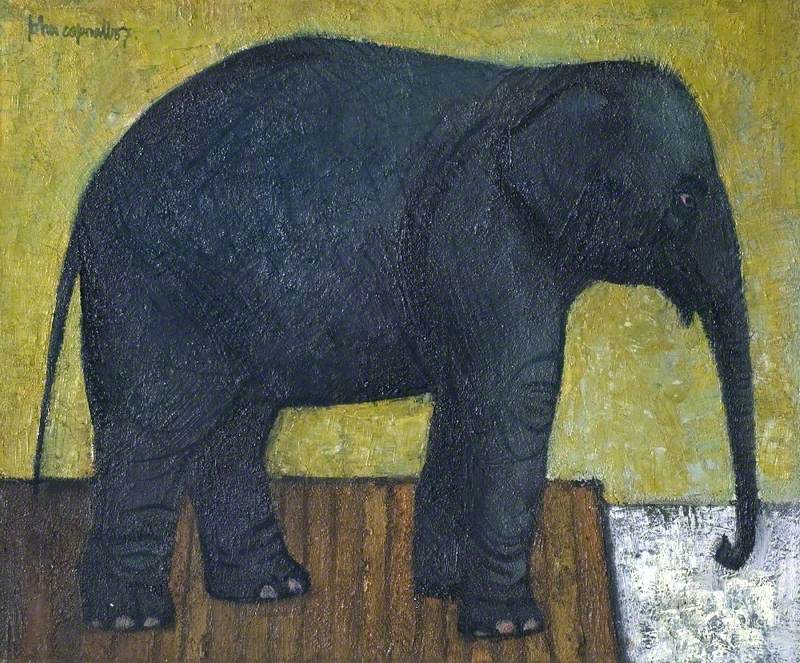 Painter and teacher, born in Slinfold, Sussex, son of the sculptor Bainbridge Copnall. He studied at the Architectural Association, 1945–6; did his National Service in the Army; from 1949–50 studied with his father at Sir John Cass College; then under Henry Rushbury at the Royal Academy Schools until 1954, the year he won the Turner Gold Medal for landscape painting. Went to Spain to live until 1958, initially being a figurative painter, but by the time he returned he was committed to abstraction. Gesture and colour are distinguishing features of Copnall’s work, themes derived from sources such as jazz, window-bars in a studio or landscape. Copnall taught for many years from 1973 at Central School and was a visiting teacher at Canterbury College of Art for a time.