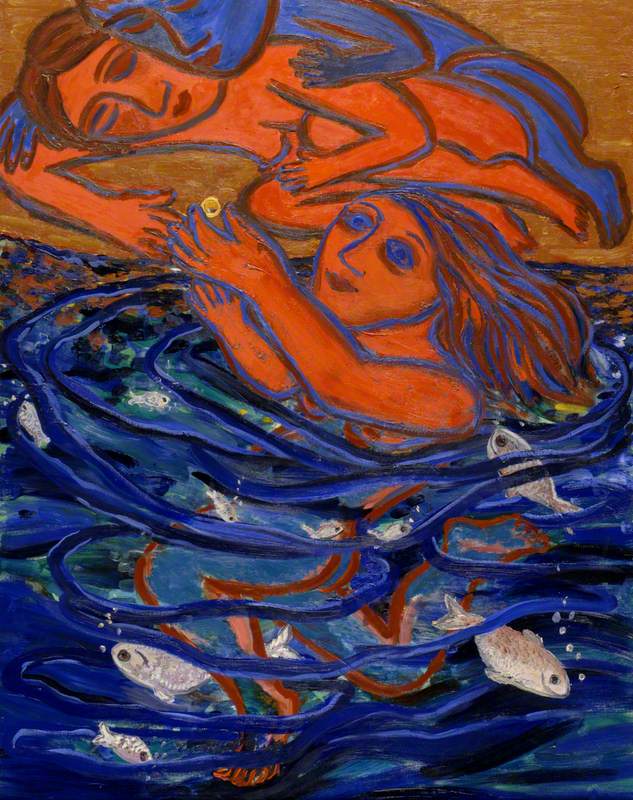 To Steal a Wedding Ring

Painter, draughtsman, printmaker and teacher, born in Glossop, Derbyshire. Aged 17 she did a foundation course in Ashton-under-Lyne, then was at Goldsmiths’ College School of Art, 1971–4, then Royal College of Art, 1974–7. Later she was a visiting lecturer at Central St Martins. Cooper was noted for her studies of the human figure, often large and of a Chagall-like intensity. From the mid-1980s she participated in numerous mixed exhibitions in Britain. After a solo exhibition at Air Gallery in 1979 others included House Gallery in 1981; Blond Fine Art, 1982–3–5; Artsite Gallery, Bath, 1987; a series at Benjamin Rhodes Gallery from 1988; and in 2000, after being artist-in-residence at Dulwich Picture Gallery, a show there and at Art First, which gave her another in 2003.

Read more
Among her commissioned work was a Staircase Project at ICA, 1982, and a series of book covers and frontispieces. Elected RA, 2001. Arts Council, British Council and Victoria & Albert Museum hold her work.