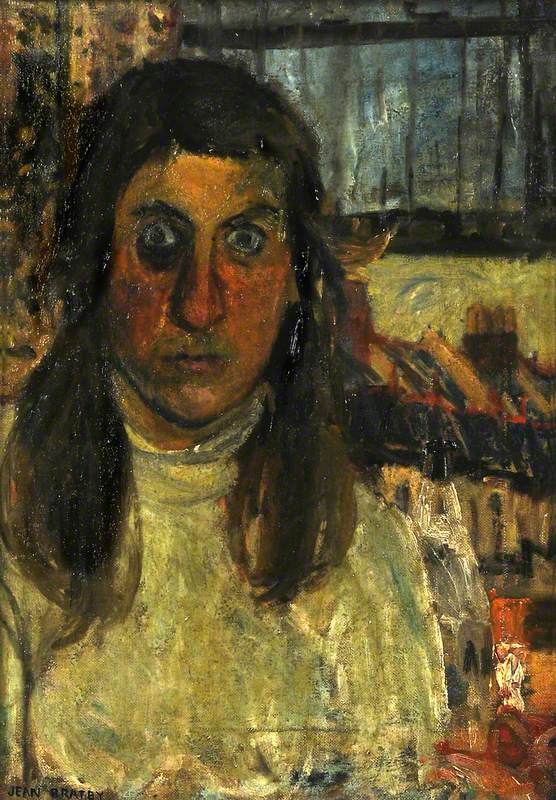 Artist in oil, watercolour, pastel and clay, and teacher, born and lived in London, married to the painter John Bratby. Some of her work, such as the Tate Gallery’s Self-Portrait, of 1959, was inscribed Jean Bratby. She painted Bratby and appeared in many of his works. She studied at Central School of Arts and Crafts, 1943–5; Camberwell School of Arts and Crafts and Goldsmiths’ College School of Art, 1945–9, and at City and Guilds School of Art; and at Royal College of Art, 1953–5, under Carel Weight and Ruskin Spear, having run a pottery workshop in Sussex, 1950–3.

Read more
Was a lecturer at Royal College, 1965–74. In 1972 was elected RA, was also a member of RBA. In addition to mixed show appearances had many solo exhibitions, early ones including Establishment Club, 1963, and Leicester Galleries, 1964, later ones including Agnew and Ansdell Galleries, 1974. Cooke was noted as a realistic painter of everyday life, citing “figures in light and space” as an important theme.