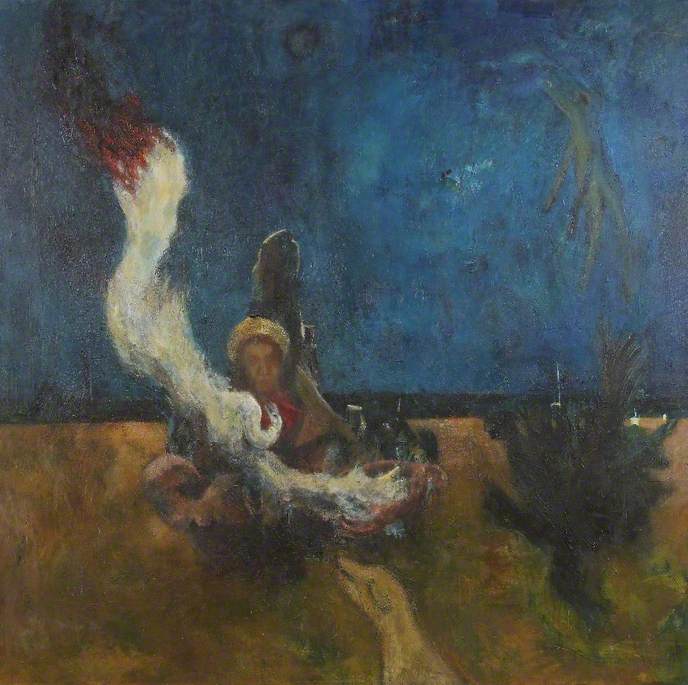 Read more
In addition to many mixed shows in Britain and abroad, had solo show at Camden Arts Centre, 1985, later ones including a series at Benjamin Rhodes Gallery from 1987–8, Graphites, at Hirschl Contemporary Art, 2000 (from which the Metropolitan Museum of Art, New York, bought three paintings), and Plymouth Arts Centre, 2001. Cook’s sixth book of poetry, For and Against Nature, appeared in 2000. British Museum and other public collections hold his work. Lived in Exeter, Devon.