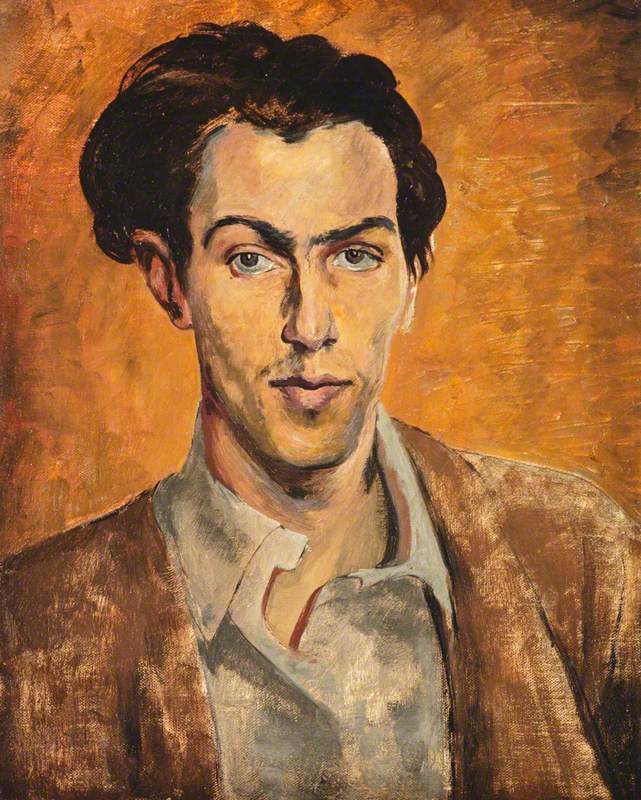 (b Kilmarnock, 20 Dec. 1914; d London, 20 Sept. 1962). British painter, graphic artist, and designer. In 1933–8 he studied at Glasgow School of Art, where he became the inseparable companion of his fellow student Robert MacBryde (b Maybole, Ayrshire, 5 Dec. 1913; d Dublin, 6 May 1966). They settled in London in 1941. During the war Colquhoun was an ambulance driver in the Civil Defence Corps by day and painted by night (MacBryde was exempt from military service because of tuberculosis). Within a few years the studio of the Roberts (as they were generally known) at 77 Bedford Gardens, Campden Hill, had become a centre for a group of young artists and writers, among them Keith Vaughan. Following a successful one-man show in 1943 Colquhoun developed a reputation as one of the outstanding British painters of his generation; his characteristic angular figure compositions owed something to Cubism, but had an expressive life of their own.

Read more
After he and MacBryde were evicted from their studio in 1947, however, his fortunes began to decline and he died (of a heart attack) in relative obscurity. Apart from painting, both Colquhoun and MacBryde produced many lithographs and worked together on stage designs.