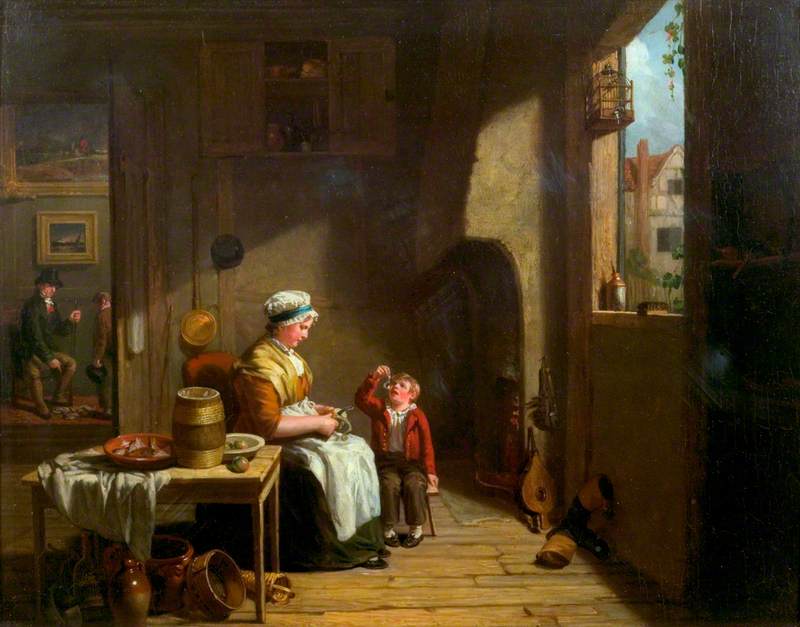 (b London, 18 Sept. 1788; d London, 17 Feb. 1847). English painter. He was initially taught by Morland (of whom his father, a picture dealer, wrote a biography) and specialized in sentimental rustic landscapes and genre scenes that won him great popularity. As with Morland, his work became very repetitive. He was a lifelong friend of Wilkie, after whom he named his elder son, the novelist Wilkie Collins, who published a biography of his father in 1848. His second son was Charles Allston Collins (b Hampstead, Middlesex [now in London], 25 Jan. 1828; d London, 9 Apr. 1873), a friend of Millais and painter of the well-known Convent Thoughts (1851, Ashmolean Mus., Oxford), which John Ruskin rated highly because of its botanical detail, done in a fastidious Pre-Raphaelite manner.

Read more
Tall and handsome but dismally lacking in self-confidence and plagued by emotional problems, Collins abandoned painting in 1858 and took up writing, publishing three novels among other works. In 1860 he married Charles Dickens's younger daughter, Kate.