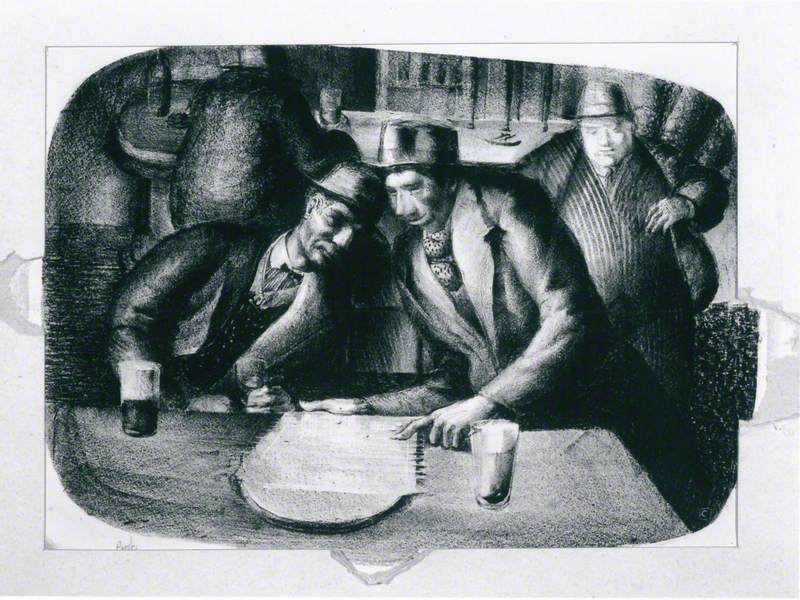 Swindon Museum and Art Gallery
Painter and teacher, studied at Swindon School of Art with Harold Dearden, 1927–32; at Birmingham College of Art, 1932–3, with Harold Holden; then Royal College of Art, 1934–7, with Malcolm Osborne and Ernest Tristram. Exhibited RA, RP and widely abroad. Cole was a notable war artist, working for the Ministry of Information in Malta, then for the Admiralty and War Office. For some time he taught at the Central School of Arts and Crafts. Imperial War Museum and Ferens Art Gallery, Hull, hold his work, which is reproduced widely in anthologies of pictures by war artists. In 1985–6 the War Museum staged an exhibition of Cole’s World War II pictures called To the Front Line. Lived in London.