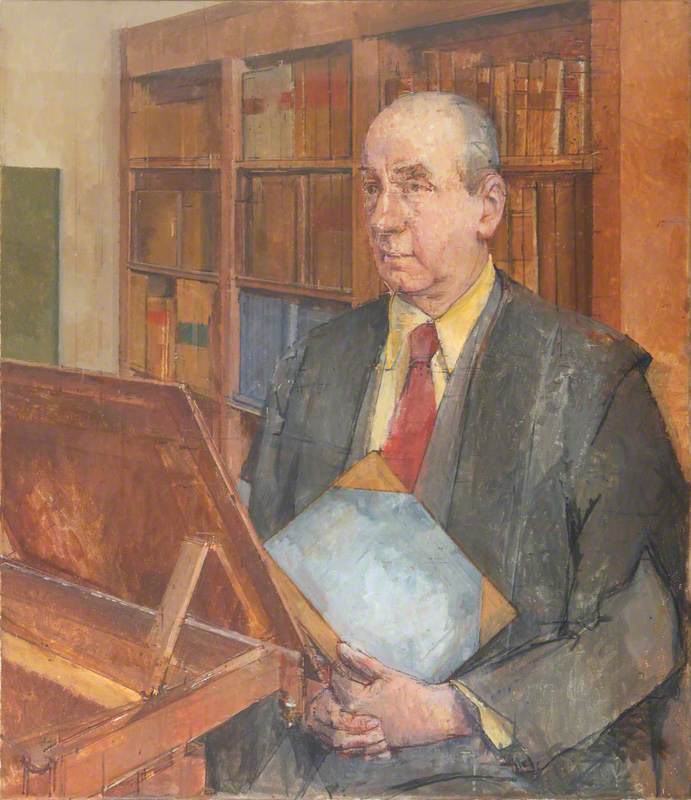 British painter, mainly of portraits, but also of landscapes, nudes, and still-lifes. He was born at Belford, Northumberland, the son of a doctor, and studied at the *Slade School, 1926–9. After working in documentary films for the GPO, 1934–7, he returned to full-time painting and in 1937 was one of the founders of the *Euston Road School, which helped to establish a tradition of sober figurative painting of which he was one of the main representatives. In 1939 he joined the Royal Artillery and in 1943–5 he was an *Official War Artist, working in the Near East and then Italy. After the war he taught at Camberwell School of Art, 1945–9, then was professor at the Slade School from 1949 to 1975. He exerted an important influence not only through his teaching there but also through his appointment as chairman of the National Advisory Council on Art Education in 1959.

Read more
The ‘Coldstream Reports’ of 1960 and 1970 helped to change the structure of art school teaching in Britain, introducing the compulsory study of art history for art students and eventually leading to degree status being awarded to recognized art school courses. Not all art students approved: one poster opposing his proposals bore the words ‘You are old Father William’. Sir Kenneth *Clark had been an early supporter (he gave Coldstream financial assistance in the 1930s), but he came to see his attitude to art as one of ‘dismal rectitude’. Indeed, Coldstream's work as an artist was austere and always based on direct observation. In an article ‘How I Paint’ in The Listener, 15 September 1937, he wrote: ‘I find I lose interest unless I let myself be ruled by what I see.’ Sitters for portraits, often distinguished establishment figures, had to be prepared for many sittings, ninety-six in the case of the architect Colin St John Wilson. The visible marks of the measuring process were left on the canvas, suggesting that whatever was there was always a work in progress which could be constantly developed. Given Coldstream's laborious methods, ‘what I see’ could only mean ‘what is static and posed’. The conception of ‘realism’ is therefore limited to what can be represented within the confines of his painting practice, in the case of the figure, a posed model. Within these limitations, he could, like his teacher Henry *Tonks, who had a similarly austere view of the artist's role, reach a kind of poetry attained through the rigorous pursuit of prose, as in Reclining Nude (1974–6, Tate). Adrian *Stokes wrote of his work ‘We witness in these paintings the gradual accumulation of images that are majestic yet unforced’. Further Reading L. Gowing and D. Sylvester, The Paintings of William Coldstream 1908–1987 (1990)