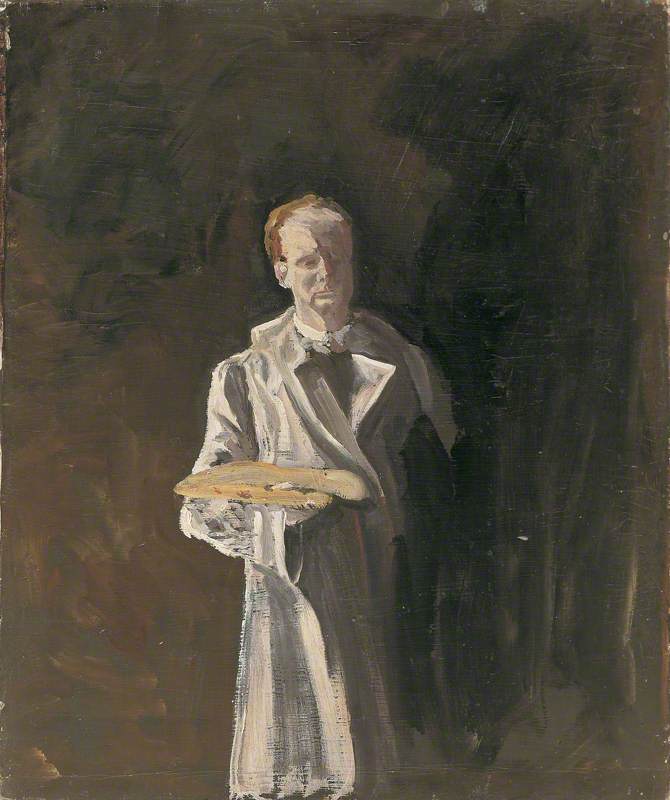 Statesman, politician, soldier, writer and artist. Born at Blenheim Palace, elder son of the Right Hon. Lord Randolph Churchill, he was educated at Sandhurst, thereafter serving abroad as a soldier and war correspondent. Entered parliament as a Conservative in 1900, later being successively a Liberal and a Conservative. Became a minister in 1905, over the next 35 years at various times being given a series of senior positions such as First Lord of the Admiralty and Chancellor of the Exchequer under various governments. Prime minister 1940–5 and 1951–5. Awarded Nobel Prize for Literature, 1953. Among his books are Marlborough, World Crisis and History of World War II. Made Companion of Honour, 1922, awarded Order of Merit, 1946, and knighted, 1953. Although Churchill only painted part-time, he produced over 500 pictures. He describes in his book Painting as a Pastime, 1948, how he began. Exhibited at the RA from 1947 and was elected Hon. RA in 1948. The Tate Gallery and RA Diploma Gallery hold his work. Churchill had a retrospective exhibition at the RA, 1959, with an American and Commonwealth tour, and there was an exhibition at Sotheby’s in 1998. Although he attempted portraits and interiors, Churchill is best known for his landscapes, of Kent where he lived and abroad. Died in London.