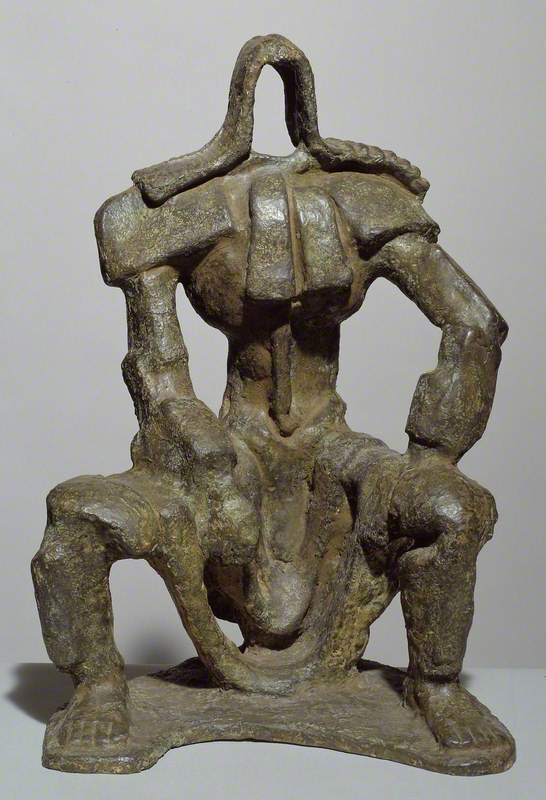 Sculptor of figures and draughtsman, born in Vienna where he studied at the School of Arts and Crafts, then at the Vienna Academy of Fine Arts. Was a political cartoonist until 1933, when he began a series of monuments in Vienna. Moved to England in 1935 and was naturalised 11 years later. Charoux was interested in sculptural techniques employed in classical times, as evident in his terracotta Youth, in the Tate Gallery. Exhibited RA, LG, Royal Glasgow Institute of the Fine Arts, Piccadilly Gallery and widely in America. Elected RA in 1956. Among his public works are a memorial to the flyer Amy Johnson in Hull and his huge group The Islanders for the South Bank Exhibition, 1951, as well as carvings for the School of Anatomy and the Engineering Laboratory at Cambridge.

Read more
His figure Motor Cyclist stands outside Shell Centre, on London’s South Bank. There was a retrospective at Ashgate Gallery, Farnham, 1975. Lived in London.