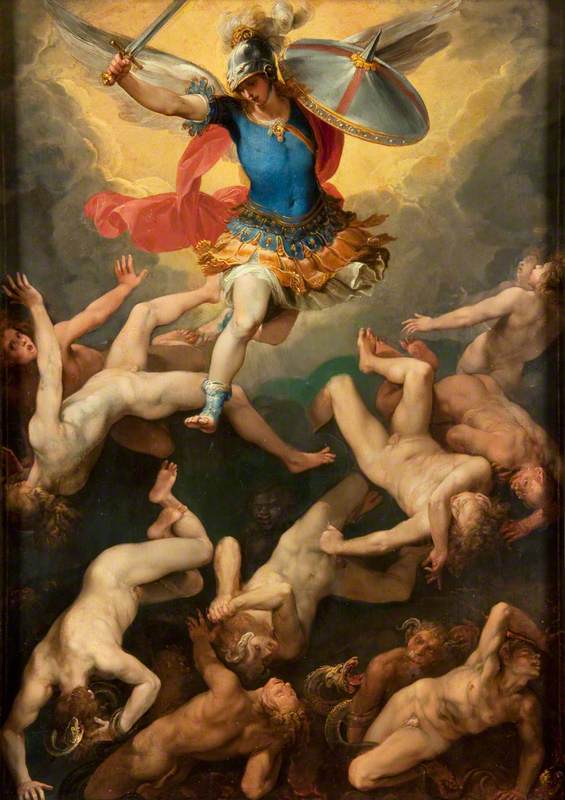 (b Arpino, ?1568; d Rome, 3 July 1640). Italian Mannerist painter, active mainly in Rome. He had an enormous reputation in the first two decades of the 17th century, when he gained some of the most prestigious commissions of the day, most notably the designing of the mosaics for the dome of St Peter's (1603–12). Although some of his early work is vigorous and colourful, his output is generally repetitious and vacuous, untouched by the innovations of Caravaggio (who was briefly his assistant) or the Carracci.

Read more
He was primarily a fresco painter, but he also did numerous cabinet pictures of religious or mythological scenes in a finicky Flemish manner. Cesari's alternative name, Cavaliere d'Arpino (Knight of Arpino), refers to the title he was awarded by Pope Clement VIII and to his place of birth, between Rome and Naples (although Baglione claimed he was born in Rome and that it was his father who came from Arpino).