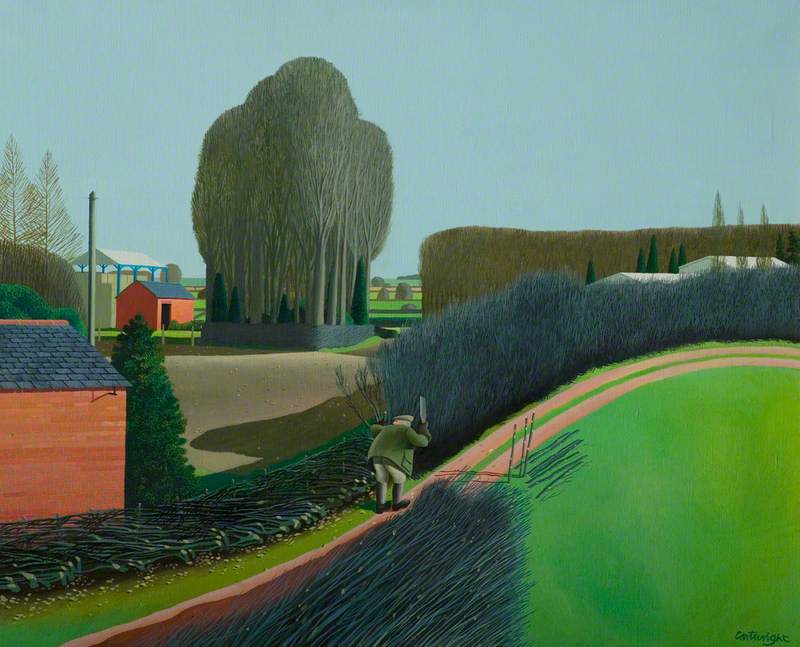 Leicester Museums and Galleries
Artist and illustrator, born in Leicester, who settled in Leicestershire at Kibworth Beauchamp, 1970. Cartwright did his National Service as a musician in the Leicester Regiment, 1957–60, then worked in studios as a commercial artist and art director for 13 years, becoming a full-time painter and illustrator in 1974. Mixed shows included Portal Gallery, 1972; Piccadilly Gallery, 1979; 16th Exhibition of Original Pictures of International Children’s Books, Japan, 1981; and Royal Festival Hall Books of the Year Exhibition, 1986. Solo shows included Portal from 1974; Leicester Museum and Art Gallery, which holds his work, 1980–1; Woods Gallery, Leicester, 1990; Goldmark Gallery, Uppingham, 1995; and Cambridge Contemporary Art, Cambridge, 2001.