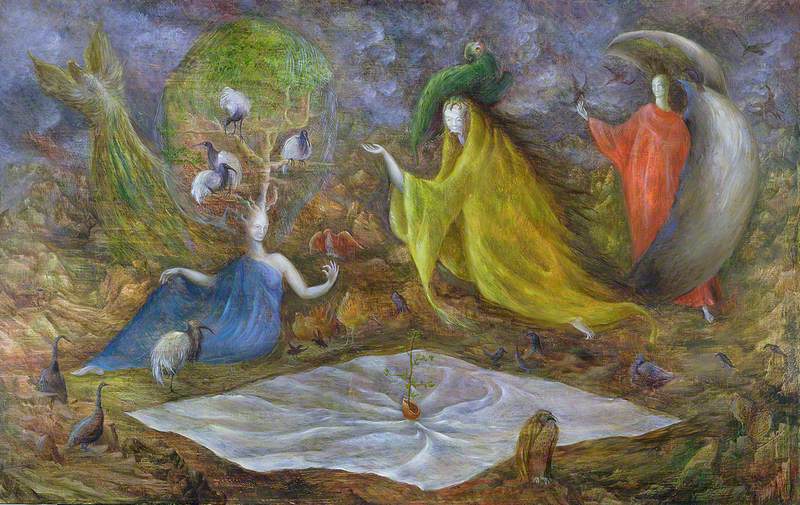 British-born painter and writer (in French) who took Mexican nationality in 1942. She was born in Lancashire, the daughter of a wealthy textile manufacturer, and from an early age was used to moving in sophisticated society. After being expelled from two convent schools, she went to finishing schools in Florence and Paris, then in 1936 became the first student to enrol at *Ozenfant's art academy in London. In 1937 she met Max *Ernst and settled in France with him; in the following year she began exhibiting with the *Surrealists in Paris. After the outbreak of war in 1939 and Ernst's internment, she fled to Spain, where she suffered a nervous breakdown, recounted in her book En Bas (1943, translated as Down Under, 1944). From Spain she went via Portugal to New York and then settled in Mexico in 1942, following a marriage of convenience to the Mexican poet Renato Leduc.

Read more
After divorcing him, she married Imre Weisz, a Hungarian photographer. She became a close friend of Remedios *Varo, another woman Surrealist who had settled in Mexico, and spent most of her life there. As a painter and writer Carrington remained a dedicated Surrealist. Her pictures typically feature insect-like humanoids, and her stories deal with an imaginary world where hyenas go to the ball and white rabbits feed on human flesh. A retrospective exhibition of her work was held at the Serpentine Gallery, London, in 1992.