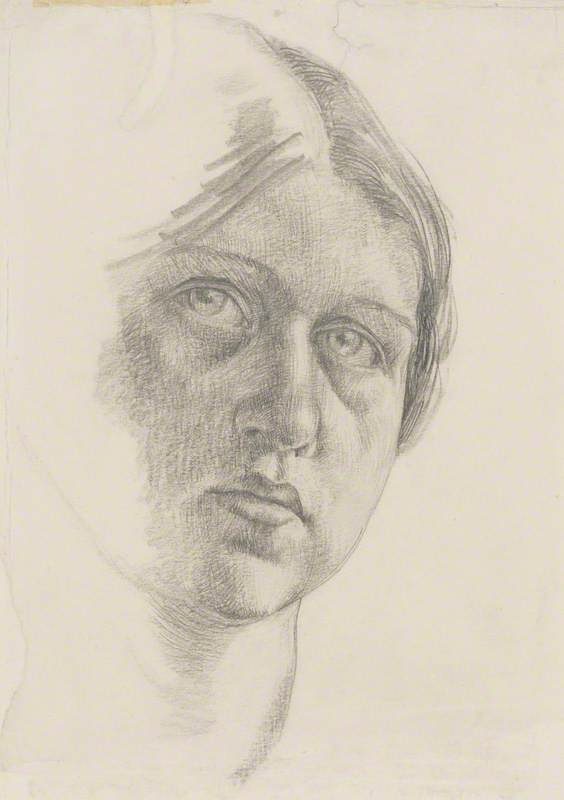 British painter and designer, born in Hereford into a comfortable middle-class family. She studied at the *Slade School, 1910–14, and from 1917 lived with the writer Lytton Strachey, one of the leading figures of the *Bloomsbury Group. Her emotional life was complex and often distressing, for Strachey was a homosexual and Carrington married another man (Ralph Partridge) and had numerous affairs. Nevertheless, she was utterly devoted to Strachey and she committed suicide a few weeks after his death. Carrington painted portraits, landscapes, and figure compositions, did designs for the *Omega Workshops and for the Hogarth Press (owned by Leonard and Virginia Woolf), and in her later life put a good deal of time into decorative work at her house Ham Spray in Wiltshire, where she lived with her husband and Strachey from 1924.

Read more
She also devoted much of her energy to a voluminous correspondence, which she illustrated with delightful drawings. Her work was seldom exhibited during her lifetime and she was virtually forgotten for years afterwards. A collection of her letters and extracts from her diaries was published in 1970, marking the beginning of a revival of interest in her. Her brother Noel Carrington (1895–1989) was a publisher and book designer.

Oxford Dictionary of National Biography
Biography on Oxford Art Online
Dora Carrington trained at the Slade School of Fine Art (1910–14), where she became recognised for her exquisite draftsmanship as well as her striking striking looks which combined short hair and an overtly androgynous way of dressing. She also preferred to be known just as ‘Carrington’.

After a stormy relationship with Mark Gertler (1891–1939), she set up house with the homosexual writer Lytton Strachey and became part of the Bloomsbury Group. They were later joined by Ralph Partridge, whom she married in 1921. During this time, she provided illustrations for publications by the Hogarth Press, including Two Stories (1917). Left bereft after Strachey’s death in January 1932, she committed suicide in March that year.

Carrington was little known as an artist during her lifetime, and since her early death attention has focused more on her romances than her art; however, her work was exhibited in 1970, at the Upper Grosvenor Galleries in London, and in 1978 at the Christ Church Picture Gallery in Oxford, and she was the subject of a major retrospective exhibition at the Barbican Art Gallery in 1995.