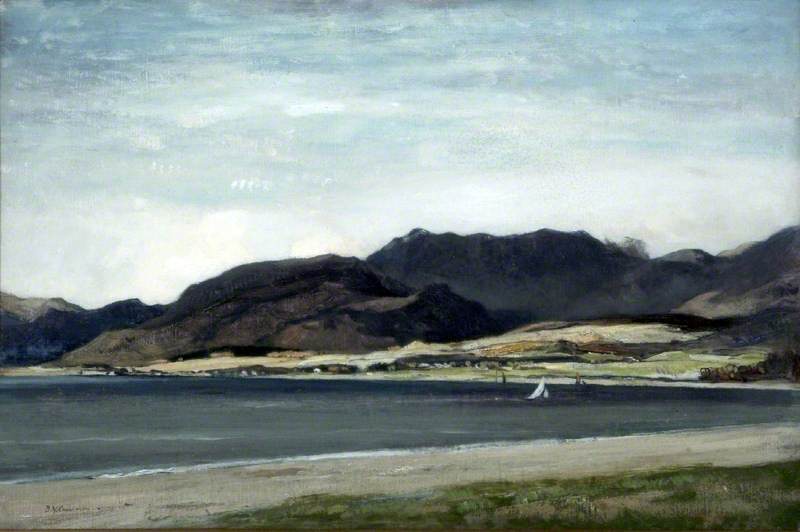 University of Liverpool
Scottish painter, etcher, and draughtsman, born in Glasgow, the son of a clergyman. He abandoned brief unhappy careers in commerce and law to study at *Glasgow School of Art and the Royal Scottish Academy in Edinburgh. Most of his work consisted of landscapes (especially scenes of mountains) and architectural views, and he is best known for his etchings of buildings, including Gothic churches on the Continent—rich and sombre works with which he established a reputation as one of the outstanding printmakers of the day. As a painter his work included First World War scenes done in 1917–18 as an *Official War Artist for the Canadian government. He was knighted in 1924.

Oxford Dictionary of National Biography
Painter and prolific printmaker, born Glasgow, Scotland. He trained at evening classes at the Glasgow School of Art and then entered the Royal Institution, Edinburgh, 1885. Between 1892 and 1893 he exhibited at the NEAC and became one of Britain's most prolific etchers. His paintings of Scottish landscapes use boldly simplified shapes and strong colour.