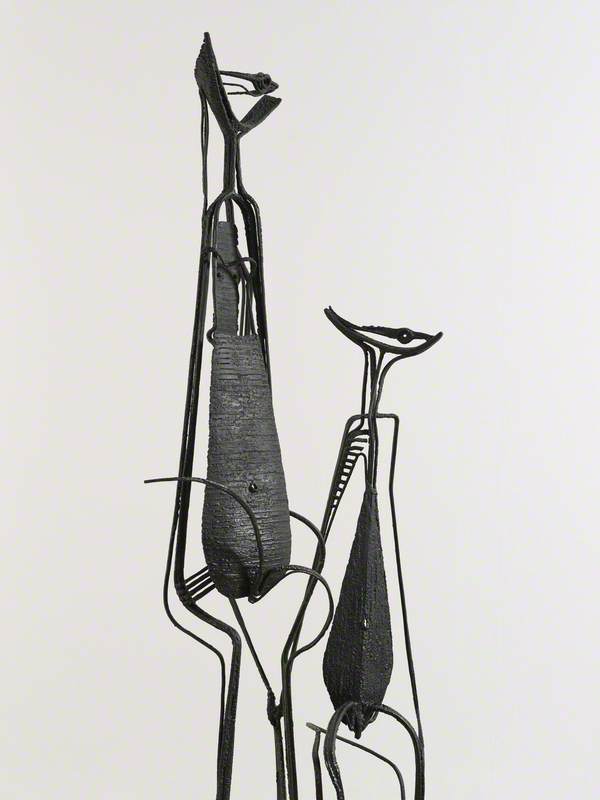 Sculptor and teacher who trained as an architect. Born at Buntingford, Hertfordshire, Butler became an associate of RIBA in 1937, practising between 1936–50 as Cottrell Butler. Lectured for a time at the Architectural Association School, then worked as technical editor of The Architect’s Journal in the late 1940s. In 1941–5 Butler had worked as a blacksmith in Sussex. He started to become a sculptor in 1947, in that year joining Henry Moore as an assistant. His first one-man show was at the Hanover Gallery, London, two years later. The early 1950s were years of sharp advance in Butler’s career. In 1950 he began teaching at the Slade School and became Gregory Fellow at Leeds University, two years later being represented at the Venice Biennale.

Read more
He became famous in 1953 when he won the grand prize in The Unknown Political Prisoner sculpture competition. Finished teaching at Slade 1980. Towards the end of his life he produced a series of drawings and sculptures concentrating on nude female figures, featured in his Tate Gallery retrospective 1983–4. There was a retrospective at Gimpel Fils, 2003. Butler’s work is in numerous international public collections including Tate Gallery; British Museum; Hakone Open Air Museum, Japan; Peggy Guggenheim Collection; Museum of Modern Art New York; and the Smithsonian Institution, Washington. Lived in Berkhamsted, Hertfordshire.