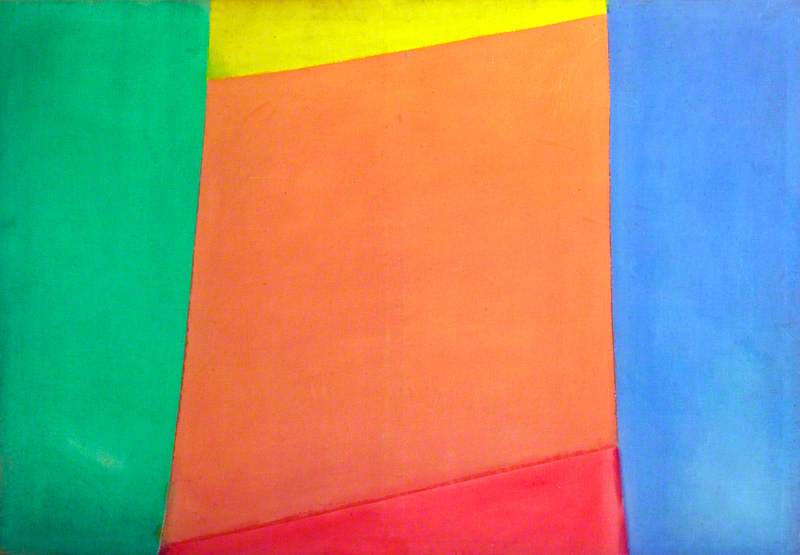 Leicestershire County Council Artworks Collection
(b Toronto, 20 Mar. 1909; d Toronto, 24 Jan. 1977). One of Canada's leading abstract painters, active mainly in Toronto. Initially he worked in the tradition of the Group of Seven, but in the early 1950s, inspired by Jock Macdonald and by Borduas's paintings, he began to experiment with automatism. In 1952 he made the first of what became regular visits to New York. The influence of these brought him, by the mid-1950s, to a type of Abstract Expressionism. His later works, however, explore the unaffectedly direct use of colour in a more personal way, as in his most famous painting, Dazzle Red (1965, AG of Ontario), in which the colour is placed in joyous, broadly brushed bands. Bush worked as a commercial designer for most of his career and did not devote his whole time to painting until 1968, but by the end of his life he had an international reputation.