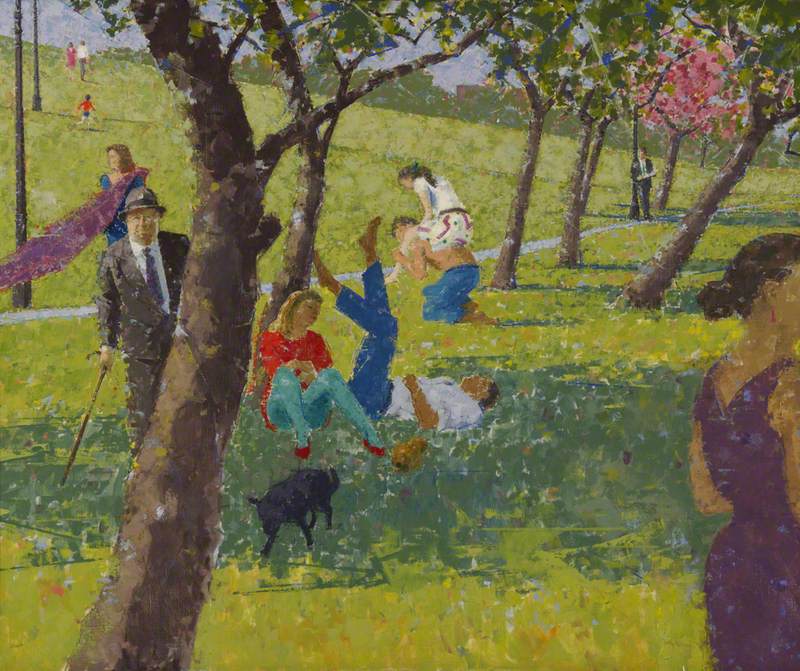 Painter, born in St Albans, Hertfordshire. He attended Watford School of Art, 1970–1, Wolverhampton Polytechnic, 1971–2, Wimbledon School of Art, 1972–4, and Royal Academy Schools, 1974–7. He won the David Murray Award in 1975–6–7 and the British Institution Award, 1976. Burgess was notable for his depictions of beaches and the seaside in vibrant colours. Showed at RA, Nottingham Castle Museum and Derby City Art Gallery in mixed shows, winning several prizes.