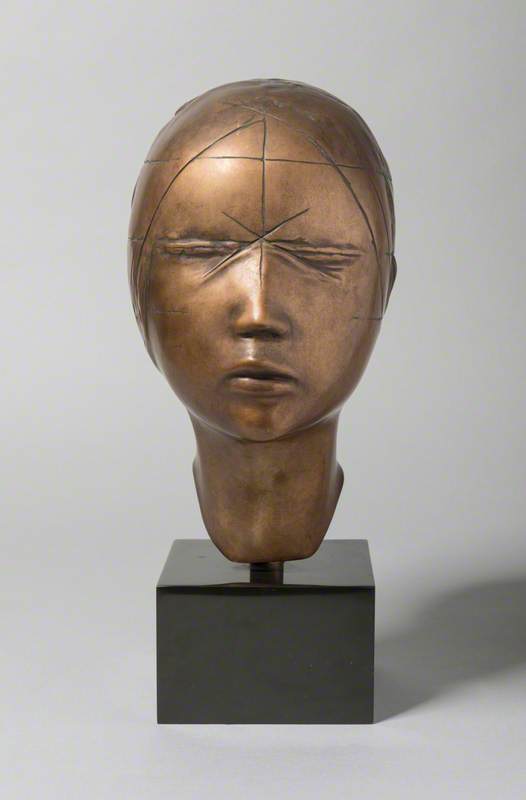 Sculptor and teacher, born in Leeds, where he studied at the College of Art, 1948–51, following encouragement at Leeds Grammar School and Royal Air Force Service from 1946. Early inspirations were Henry Moore and Jacob Epstein. Was then at Hammersmith School of Art, 1951–2, taught drawing by Leon Underwood, followed by tuition from Frank Dobson and John Skeaping at Royal College of Art, 1952–6. Also studied under Zadkine, but was less influenced by him at this time than by the sculpture of Germaine Richier and that of Rodin. Brown was to live in France 1973–76. Held a number of teaching posts in England, including Royal College of Art, 1958–72, being elected RA in latter year. Showed Leicester Galleries and Taranman Gallery and completed many public commissions, including Swimmers for Hatfield New Town and Meat Porters for Harlow New Town.

Read more
Brown’s bronzes were often of figures in motion, and if they sometimes appear awkward they are always infused with a strong sense of passion and humanity. The retrospective at Henry Moore Centre for the Study of Sculpture, Leeds, in 1988, indicated Brown’s abilities as a draughtsman. Tate Gallery and Arts Council hold his work. Lived in Amberley, Gloucestershire.