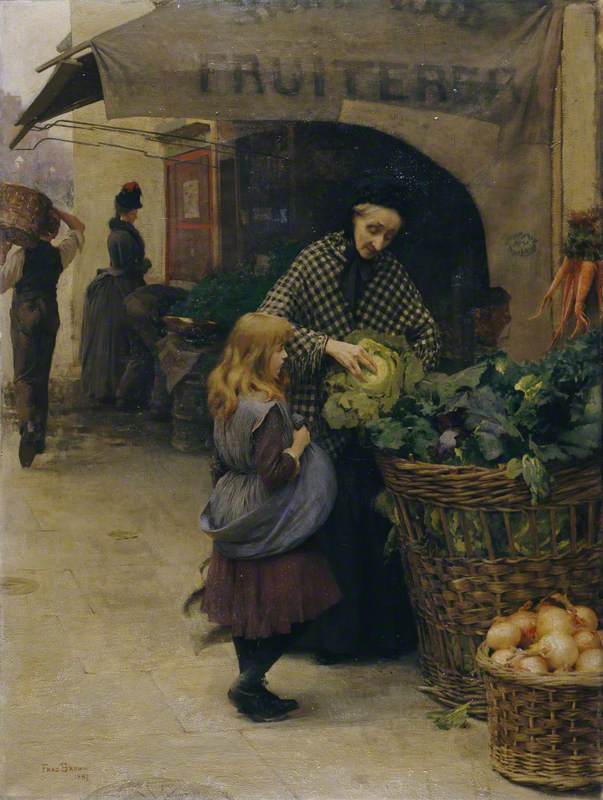 British painter and teacher, born in Chelmsford, the son of a painter. A founder member of the *New English Art Club in 1886, he was responsible for drawing up the rules of the club and was amongst the most energetic in its campaign against the conservatism of the *Royal Academy. After teaching at Westminster School of Art for fifteen years, he was made professor at the *Slade School in 1892 and presided over its golden period, retiring in 1917. Brown had hated the mechanical teaching methods of his own student days (at the National Art Training School, which later became the *Royal College of Art) and he aimed to develop the individuality of his pupils. Soon after becoming professor, he appointed *Tonks (another outstanding teacher) as his assistant, and he also recruited *Steer to the staff.

Read more
He made a fine collection of his contemporaries' and pupils' work. Examples of his own work, including a late self-portrait (1932), are in Tate.