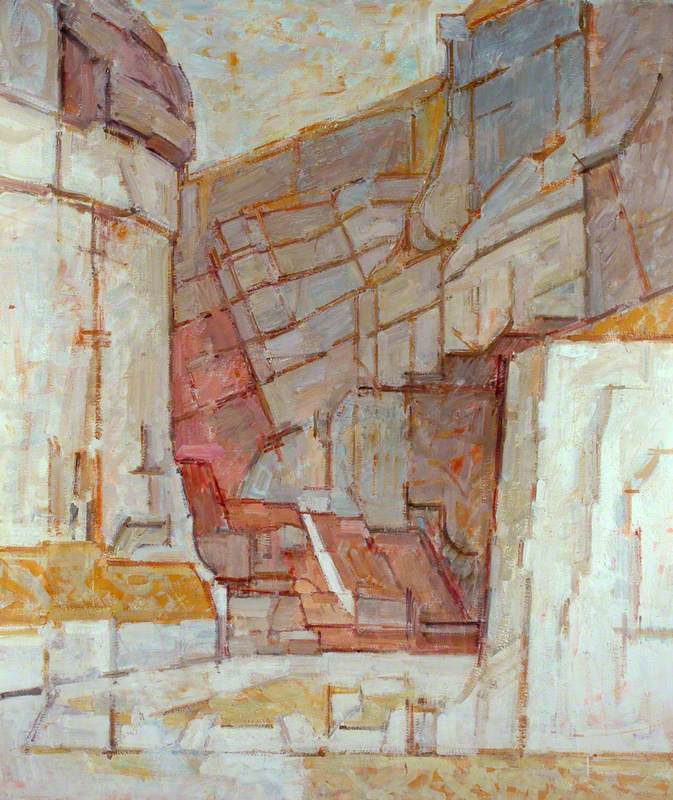 Bradford Museums and Galleries
Teacher, painter and writer, born in London. He studied at Hammersmith School of Art, 1934–9, Slade School of Fine Art, 1940–1, and Royal College of Art, 1941–5, where he won a medal for distinction in painting. After six years of part-time teaching Brill in 1951 became a lecturer at Chelsea School of Art, rising to become principal, 1965–79. He wrote a monograph on Matisse, 1967, and another short publication on Turner’s Burial at Sea, 1969, which contained prose compared with John Ruskin’s. Showed with LG, RBA, RA and NEAC and had several solo shows. In 1985 Chelsea School of Art staged a memorial exhibition. Lived finally at Carperby, Yorkshire, an area much painted by him. Was survived by his wife, painter Deirdre Borlase, and was included with her in Relative Values, The Smith Art Gallery & Museum, Stirling, 1993.