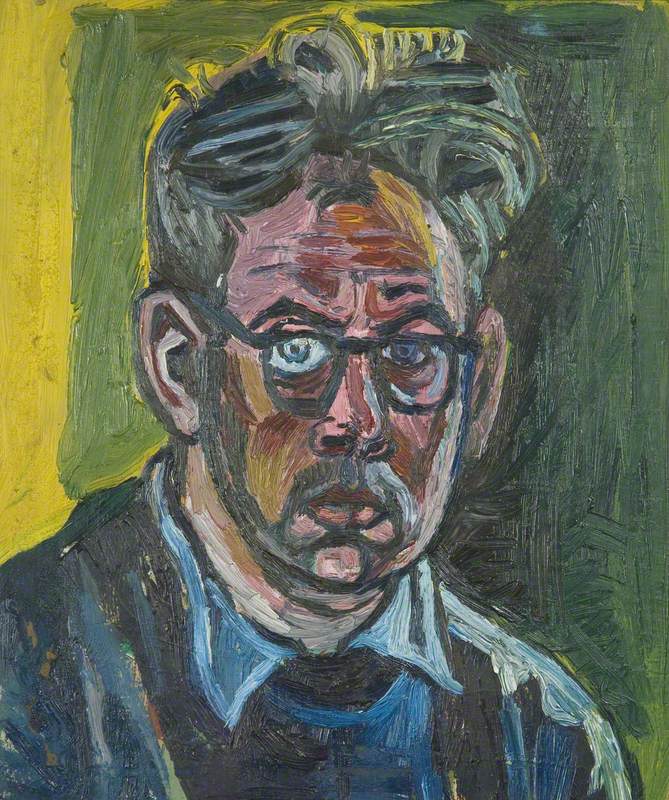 Bristol Museums, Galleries & Archives
(Born Wimbledon, Surrey [now in Greater London], 19 July 1928; died Hastings, Sussex, 20 July 1992). British painter and writer. Bratby was a versatile artist: he painted portraits, still lifes, figure compositions, landscapes, and flower pieces, and also designed film sets. He is probably best known for the scenes of drab domestic life he painted in the 1950s, when he was a member of the Kitchen Sink School. Later his work became lighter and more exuberant. His talent for self-promotion helped to make him one of the best-known British artists of his generation. Among his publications are the novel Breakdown (1960) and a book on Stanley Spencer (1970).