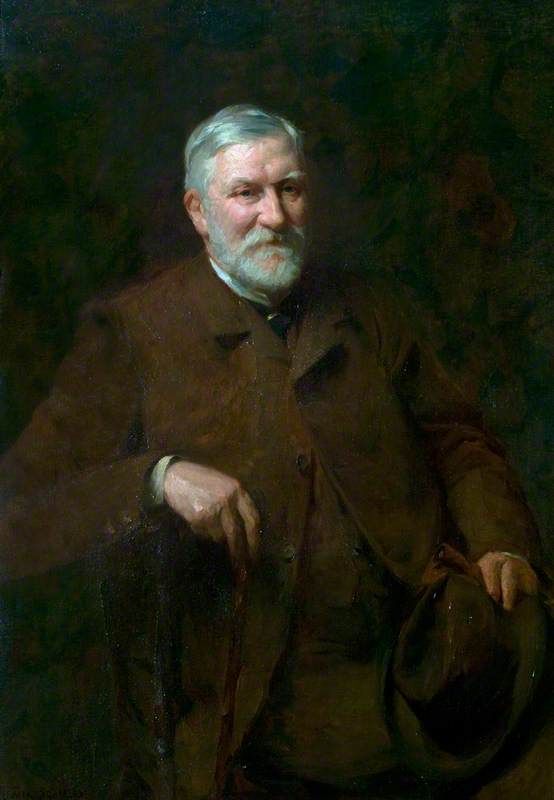 The Collection: Art & Archaeology in Lincolnshire (Usher Gallery)
Painter, born at Sibsey in Lincolnshire. He attended Lincoln School of Art, 1873-78 and also studied at the Koninklijke Academie voor Schone Kunsten in Antwerp 1879-82 where he studied under Charles Verlat. A Founding member of NEAC he resigned in 1890 following a derisive attack by Walter Sickert on Bramley's work. In the winter of 1884 Bramley arrived in Newlyn spending time with Stanhope Forbes. A prolific and wide-ranging exhibitor he showed at the RA of which he was elected a member in 1911. Frank Bramley also showed at Nottingham Castle Museum, Lake Artists Society, RSA, RHA, ROI, Leicester Galleries, RGI, RSA and at the Carfax Gallery. He is represented in the collections of the Tate Gallery, the Royal Cornwall Museum, Truro, Usher Art Gallery, Lincoln, NPG and in galleries in Capetown, South Africa and Auckland, New Zealand.