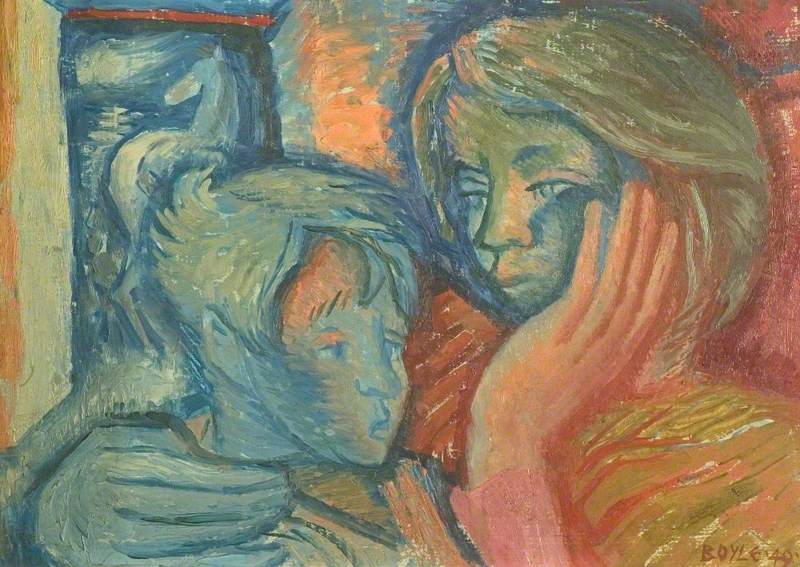 Painter, quill pen draughtsman, muralist, printmaker, theatre designer and teacher. A rather solitary figure, her work was influenced by Surrealism and the light, colour and landscapes of Greece, Ireland and Spain. She was born in Bangkok, Thailand, and spent her early years in Limavady, County Londonderry, then London, where she studied at Clapham School of Art for four years, which she regarded as a waste of time. Won a scholarship to Byam Shaw School of Drawing and Painting, under Ernest Jackson. As a student had first picture accepted at RA in 1932; in 1934 gained a commission for a mural of St James’s Park for the nurses’ home of Great Ormond Street Hospital. After staying in the School for Artists in Mykonos, Greece, in World War II taught in Northampton.

Read more
Showed with Leicester and Leger Galleries, where her use of light and colour, swirling imagery and allegory were praised. Boyle began to show in Ireland, at CEMA in Belfast and Waddington Gallery, Dublin. In 1971 settled at Reenacapull, County Cork, later living in Dublin. The Sweeny Series of paintings, from 1978, based on the mad, seventh-century northern king, was important. Had many solo shows, from Peter Jones Gallery, 1945, including Crawford Municipal Art Gallery, Cork, 1988, with a catalogue of work, 1932–88. That gallery, Bank of Ireland and Irish Arts Council hold her work.