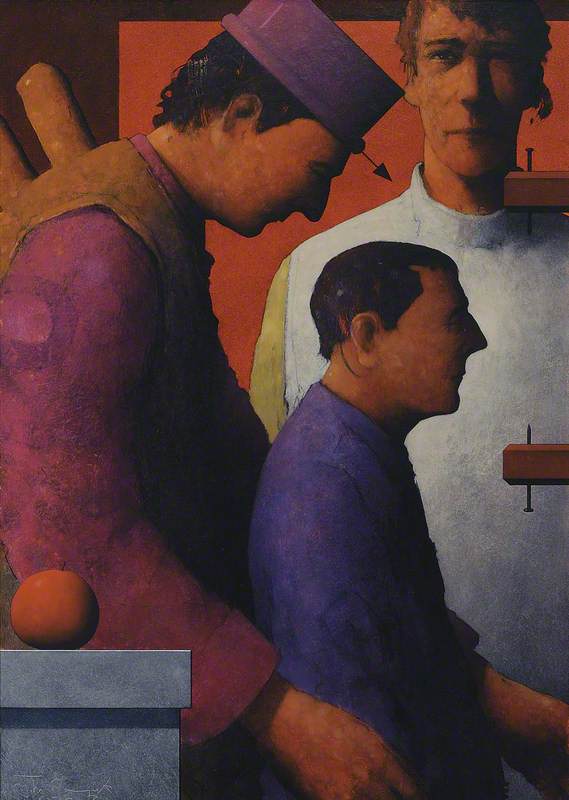 Painter, who studied at Slade School of Fine Art, 1976–8, after a foundation year at Newcastle College of Arts, then at Newcastle University, 1978–80. Boyd’s group appearances included Northern Young Contemporaries, Manchester, in 1980; the Open Eye Gallery, Edinburgh, in 1987–8; and Christopher Hull Gallery, 1988. Boyd had a solo show at Below Stairs Gallery, Newcastle, in 1981, with others following in Newcastle, Antibes and Rotterdam until in 1989 Christopher Hull gave him a first one-man show in London. Later ones included The Rites Of Man? at Archeus Fine Art, 2000, of Boyd’s hard-edged, sometimes masked and highly stylised figures. AIB Bank Collection, Ireland; Merrion Group; Christie’s, Morgan Grenfell and other corporate collections hold examples.