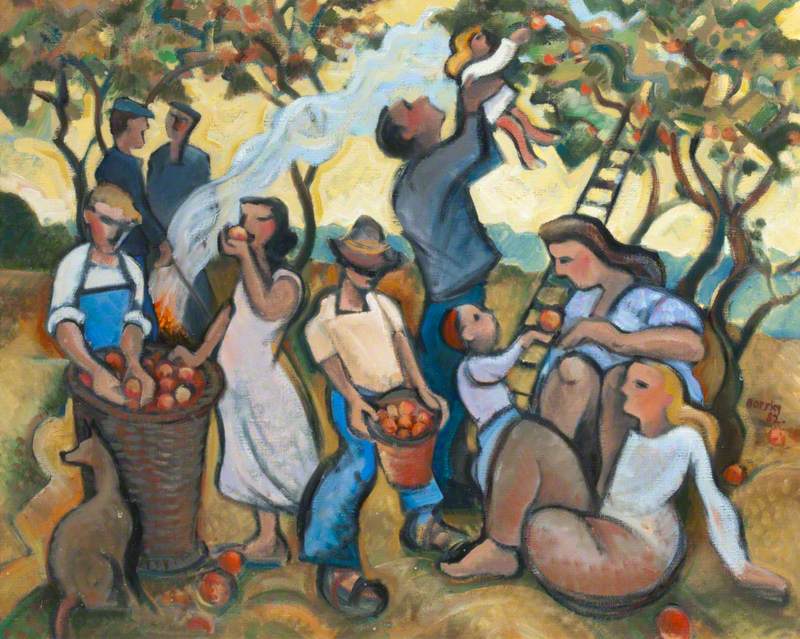 Painter and teacher, born in Dobrany, Czechoslovakia. He drew from an early age, then while attending Building College in Prague in 1960 began painting. From 1964 attended Prague University to study architecture, at instigation of father and to avoid military service, and began to exhibit pictures. After first visit to England in 1967 and another in 1968, in 1969 moved permanently, settling in Potteries, working as draughtsman for Wedgwood’s, then as architectural assistant with borough of Newcastle-under-Lyme. Became British citizen in 1975, in 1976 enrolled at North Staffordshire Polytechnic to study painting and graduated in fine art in 1979. Took part in mixed shows in Midlands and elsewhere. After a one-man show at Brampton Museum, Newcastle, in 1971, others included Keele University on several occasions from 1977, and City Museum & Art Gallery, Hanley, Stoke-on-Trent, 1980.

Read more
Wenlock Fine Art, Much Wenlock, gave him a show in 2006. Taught at Keele, which holds his work, as do several provincial galleries including Stoke. Borsky’s work was figurative, often autobiographical, influences being Klee, Miró, Chagall, Dubuffet and Dix.