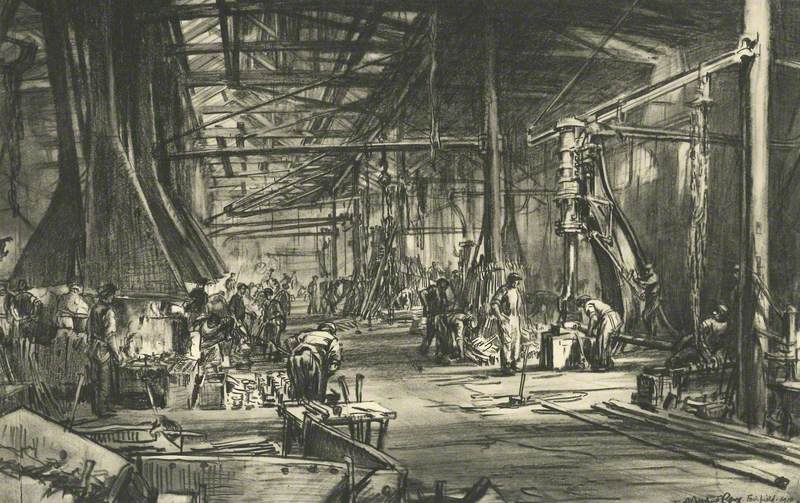 Royal College of Physicians and Surgeons of Glasgow
(b Glasgow, 23 Mar. 1876; d Oxford, 21 Oct. 1953). British draughtsman, printmaker (drypoint was his favourite medium), and occasional painter, mainly of architectural subjects. He studied architecture and painting in his native Glasgow, then settled in London in 1901 and became a member of the New English Art Club. In 1916 he was the first person to be appointed an Official War Artist and he played an important part in the founding of the Imperial War Museum in 1920; he was an Official War Artist again in the Second World War. His son Stephen (1904–58) was a painter and art critic.