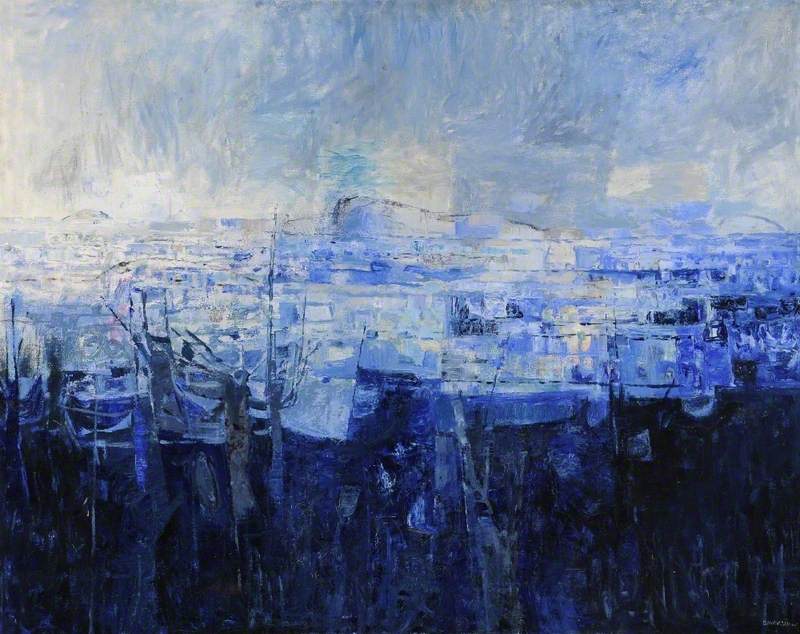 Painter, born in Glengormley, County Antrim, Northern Ireland, who was much influenced by Cézanne. His own work was partly autobiographical, much concerned with people, animals, places and experiences. Blackshaw always worked in a free manner, placing emphasis on the act of painting. He studied at Belfast College of Art and in Paris. Among his mixed exhibitions were Belfast Museum and Art Gallery, 1958; Four Ulster Painters, at Arnolfini Gallery, Bristol, 1965; Watergate Gallery, Washington, in America, 1974; Arts Council of Northern Ireland, 1979, Major Award; Rosc ’88, Dublin, 1988; and Contemporary Artists from Ireland, at Austin/Desmond Fine Art, 1990. Blackshaw showed solo at CEMA Gallery, Belfast, in 1961. Later shows included Tom Caldwell Gallery, Belfast, from 1973, and in 1974 he had a retrospective in the city at Arts Council of Northern Ireland.