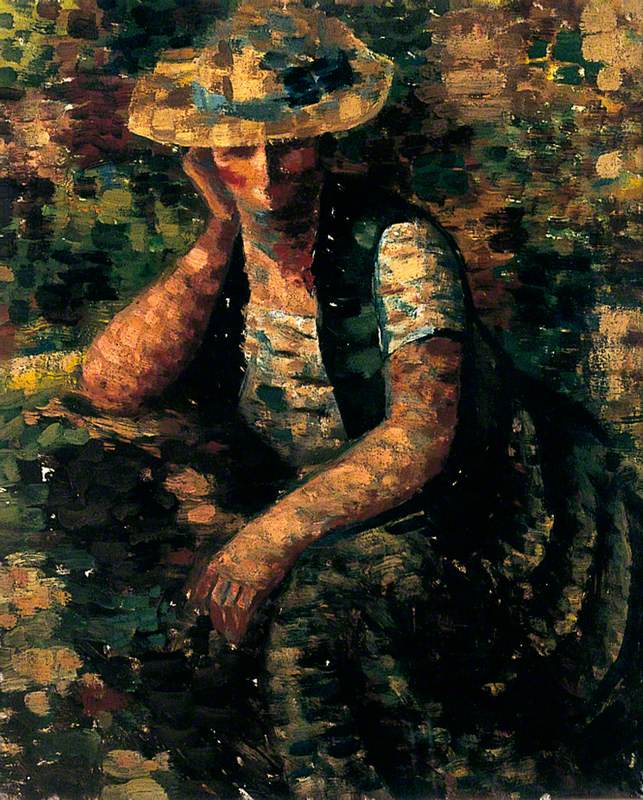 French painter, sculptor, teacher, and writer on art. He was born in Villeréal in the province of Lot-et-Garonne and studied at the École des Beaux-Arts in Bordeaux, the nearest large city. His early works consisted mainly of landscapes of the local countryside. In 1910 he moved to Paris, where he earned his living as a journalist for some time while continuing to paint. He did not exhibit his work until 1920, first at the *Salon d'Automne, then at the *Salon des Indépendants. At this time he was influenced by *Cubism, which he attempted to ‘humanize’ (in 1920–21 he wrote articles for L'Esprit nouveau (see Ozenfant), in which he espoused the classical rigour of great French painters of the past—Corot, Ingres, and Seurat; he also wrote the first monograph to be published on *Braque, in 1921).

Read more
From 1925 to 1938 he taught at the *Académie Ranson, where he was a popular and influential figure among his students, who included *Le Moal, *Manessier, and *Vieira da Silva. Although Bissière played an important part in shaping the careers of his students, he had still not found a distinctive artistic voice of his own and remained little known as a painter. In 1938 he retired to Lot and the following year he contracted an eye ailment that left him unable to paint. During the Second World War he worked as a farmer, but he also made totemistic sculptures (sometimes carved, sometimes put together from old agricultural machinery) and collaborated with his wife in producing primitivistic compositions made from patchwork materials. He started painting again in 1945 and an operation in 1948 partially restored his sight. Thereafter he worked with renewed vigour and from the early 1950s he belatedly achieved an international reputation. His mature paintings are rich and glowing tapestry-like compositions. Representational elements were gradually submerged in scintillating patterns of colour, but Bissière said that they were always based on natural appearances and refused to accept the term ‘abstract’ for his work. http://www.bissiere.net/index.html The official website for the artist.