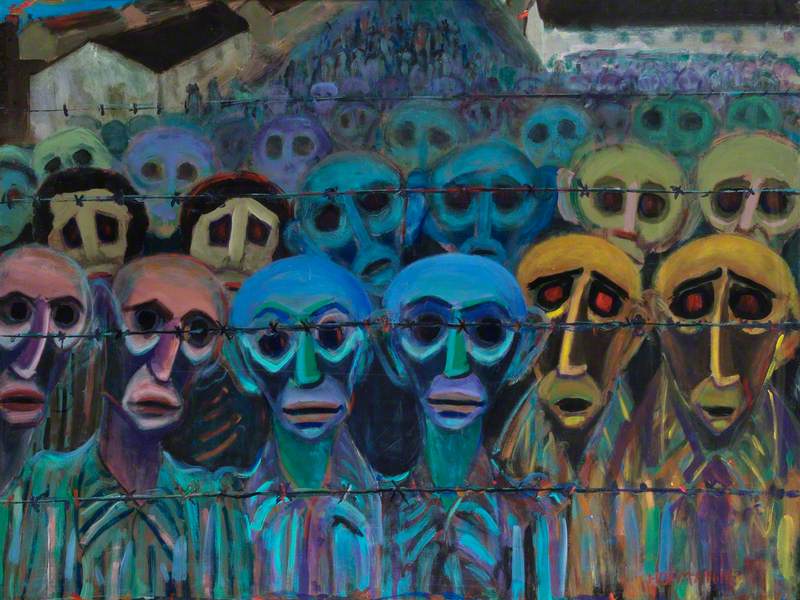 Painter in acrylic and teacher, born in Prague, Czechoslovakia. Birkin was deported to Lodz, Poland, in 1941, to Auschwitz in 1944 and then to a labour camp. January 1945 saw her on a death march through snow, then in March she was sent by cattle truck to Belsen. Upon being liberated in 1945 she returned to Prague, but finding no family or friend there joined her older sister in England, where she married and had children. She first studied painting in 1970s at Tetherdown Adult Education Centre, then at Camden Arts Centre. As a schoolteacher she was involved in remedial work. Moved to Hereford in 1980, three years later beginning a long series of works, Memories of the Holocaust. Anton Gill’s Journey Back from Hell, the front cover of Ronnie Landau’s The Nazi Holocaust and cover of Voices from the Holocaust, a British Library audio set, all featured Birkin’s work.