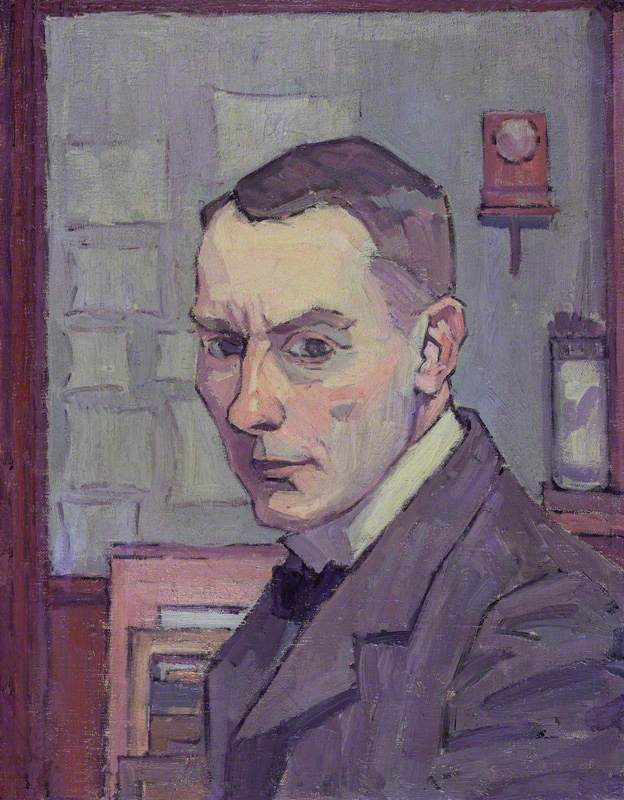 National Portrait Gallery, London
(b Hove, Sussex, 5 Aug. 1865; d London, 8 July 1925). British painter and lithographer. During the 1890s he travelled a good deal and he met Gauguin at Pont-Aven in 1894. In 1900 he settled in London, where he became a member of Sickert's circle (he was a founding member of the Camden Town Group in 1911 and of the London Group in 1913). His work was much influenced by Gauguin's bold colour and flat patterning, and in his last years his style became increasingly simplified and schematic. He is best known for paintings featuring horses. His wife, the Polish-born Stanislava de Karlowska (1880–1952), whom he married in 1897, was also a painter. He made several visits to Poland with her.

Oxford Dictionary of National Biography
Painter, born in Hove, Sussex. He studied at Westminster School of Art and Académie Julian, Paris and in 1894 met Gauguin in Pont-Aven, Brittany By 1897 he had married the Polish painter S. de Karlowska and visited Poland with her several times. In 1905 he held his first one-person show at the Baillie Gallery.

Bevan was an early member of the short-lived Fitzroy Street Group, a forerunner of the Camden Town Group of which he was a founder member in 1911. He was also a founder member of the London Group, 1913 and the Cumberland Market Group in 1915 and also exhibited with Vanessa Bell's Friday Club and contributed work to the obscure Arts League of Service.

Bevan had work reproduced in Colour Magazine and was an elected member of the NEAC, 1922. His paintings are highly prized and he is regarded as a leading British painter of the early years of the 20th Century. His work is in the collection of the collections Brighton Art Gallery, British Sporting Art Trust, V&A, NPG, the Fitzwilliam Museum, Cambridge, Herbert Art Gallery, Coventry and Tate Gallery.