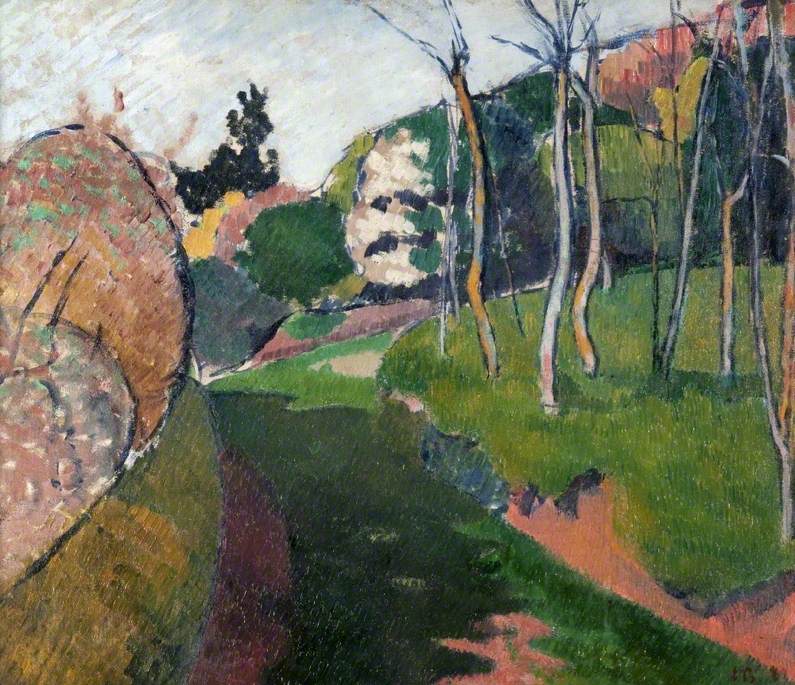 Glasgow Museums
(b Lille, 28 Apr. 1868; d Paris, 16 Apr. 1941). French painter and writer. In 1884–6 he studied in the studio of Cormon, where he became a friend of Toulouse-Lautrec and also of Anquetin, with whom he developed Cloisonnism in 1887–8. Between 1888 and 1891 he worked closely with Gauguin at Pont-Aven; he had a stimulating effect on his great colleague and together they created Synthetism. Thereafter, however, Bernard's work as a painter greatly declined in importance, and he became of interest chiefly for his activities as a writer, playing a significant role as a sponsor of Post-Impressionism. In 1890 he helped to organize the first retrospective exhibition of van Gogh's work (soon after his death), he published much journalism and criticism on Cézanne, Redon, and other artists, and his correspondence with some of the leading painters of the time has been a rich quarry for art historians.