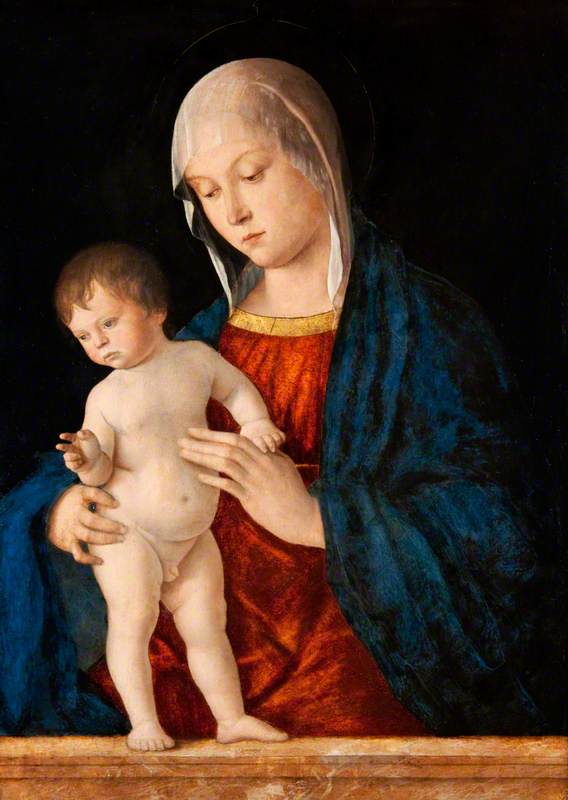 Family of Venetian painters who played a dominant role in the art of their city for three-quarters of a century. Jacopo (b Venice, c.1400; d Venice, 1470/1) was the father of Gentile and Giovanni and father-in-law of Mantegna. He was a pupil of Gentile da Fabriano, with whom he probably worked in Florence in the early 1420s (although the documentation is equivocal). From the 1430s he carried out a number of prestigious commissions in north Italy, including a fresco of the Crucifixion in Verona Cathedral (1436) and (after defeating Pisanello in competition) a portrait of Leonello d'Este in Ferrara. However, all these works have perished, and his surviving pictures are mainly fairly simple and traditional representations of the Madonna and Child, of which only one is dated (1448, Brera, Milan).