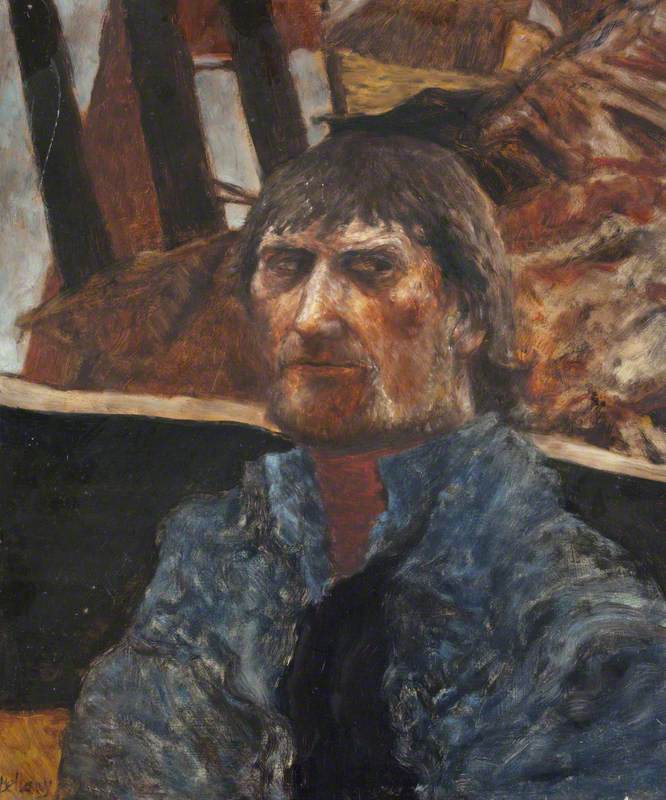 (b Port Seton, 18 June 1942). Scottish painter, working in a vigorous—at times rather tormented—Expressionist style. He was born and brought up in a fishing village near Edinburgh, and the imagery of his work is often derived from the sea, although it is transformed into a kind of personal mythology. His most characteristic pictures are large allegorical compositions involving hybrid human and animal forms, painted with explosive brushwork and suggesting some vague menace. In addition to such works, Bellany has painted many portraits, including a well-known one of the cricketer Ian Botham (1985, NPG, London). In the late 1980s he became seriously ill and he had a liver transplant in 1988; after his recovery his work became more optimistic in spirit.

Read more
This is expressed in the coloured etchings he began to produce in the early 1990s as well as his paintings.