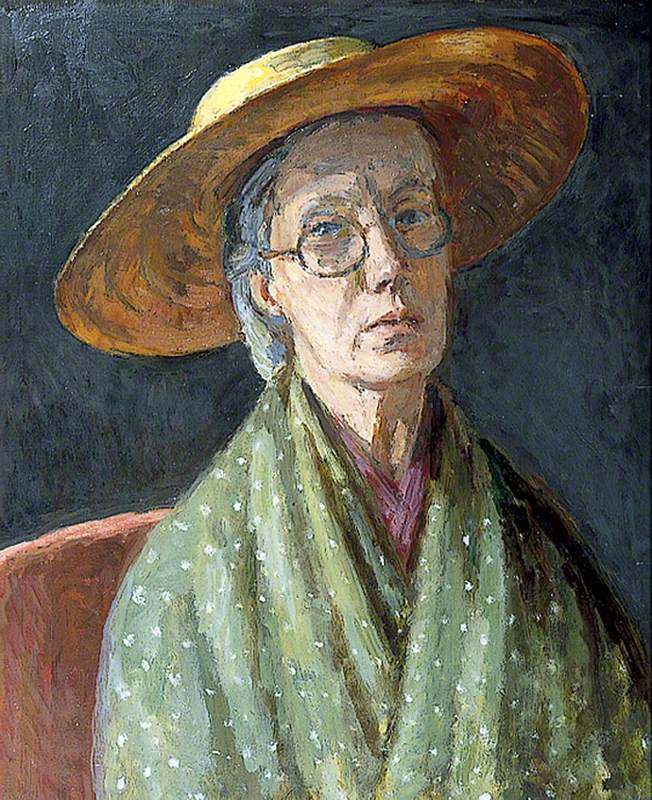 (Born London, 30 May 1879; died Firle, Sussex, 7 April 1961). British painter and designer. She married Clive Bell in 1907 and like him and her sister, Virginia Woolf, was a central figure of the Bloomsbury Group. Her early work, up to about 1910, and her paintings produced after the First World War are tasteful and fairly conventional, in the tradition of the New English Art Club, but in the intervening years she was briefly in the vanguard of progressive ideas in British art. At this time, stimulated by the Post-Impressionist exhibitions of Roger Fry (with whom she had an affair), she worked with bright colours and bold designs and by 1914 was painting completely abstract pictures. Her designs for Fry's Omega Workshops included a folding screen (1913–14, V&A, London) clearly showing the influence of Matisse.

Read more
From 1916—while remaining on good terms with her husband—she lived with Duncan Grant. Both of them painted vigorously into old age, even though their work went out of fashion after the Second World War. They spent a good deal of time in London and travelling abroad, but they lived mainly at Charleston Farmhouse, at Firle, Sussex, and did much painted decoration in the house; it has been restored as a Bloomsbury memorial and is open to the public (the couple are buried together nearby in Firle churchyard).