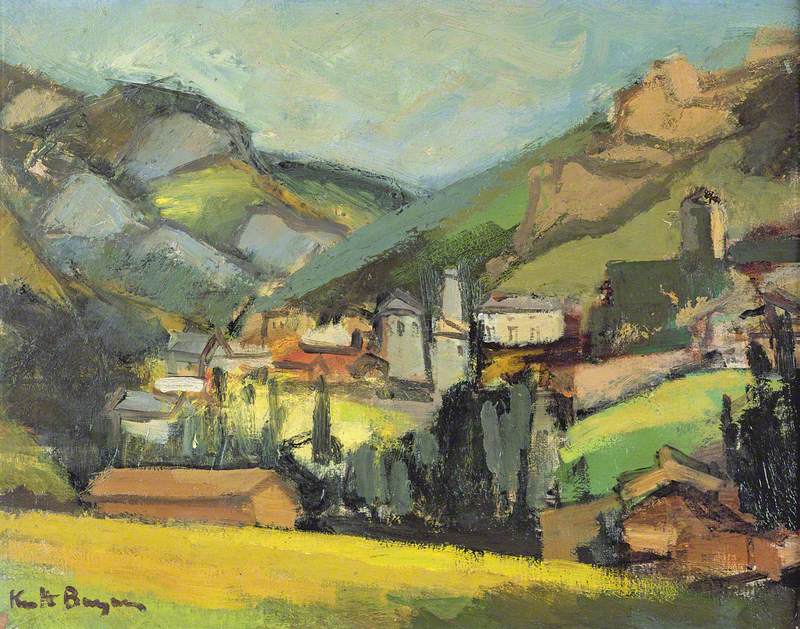 © the artist's estate. Photo credit: Courtesy of the Warden and Scholars of New College/Bridgeman Images

Painter, mainly in oil. Born at Reigate, Surrey, Baynes went to Cambridge and then the Slade School, 1912–15, where he won painting and drawing certificates. After World War I he became a member of the circle around the critic and painter Roger Fry and was strongly influenced by French Post-Impressionist artists. Showed with the London Artists’ Association, encouraged and financed by Maynard Keynes and Samuel Courtauld from 1926 to the slump of 1931, which put a stop to the enterprise. Baynes also exhibited with Agnew, Adams Gallery and widely overseas. The British Council, Arts Council, provincial and foreign galleries own his pictures. The Modern Movement in Art, by R H Wilenski, features Baynes’ work. For a time lived near Rye, Sussex.

Read more
There was a 50-year retrospective at The Minories, Colchester, in 1969, and a show at The Bloomsbury Workshop in 1994.