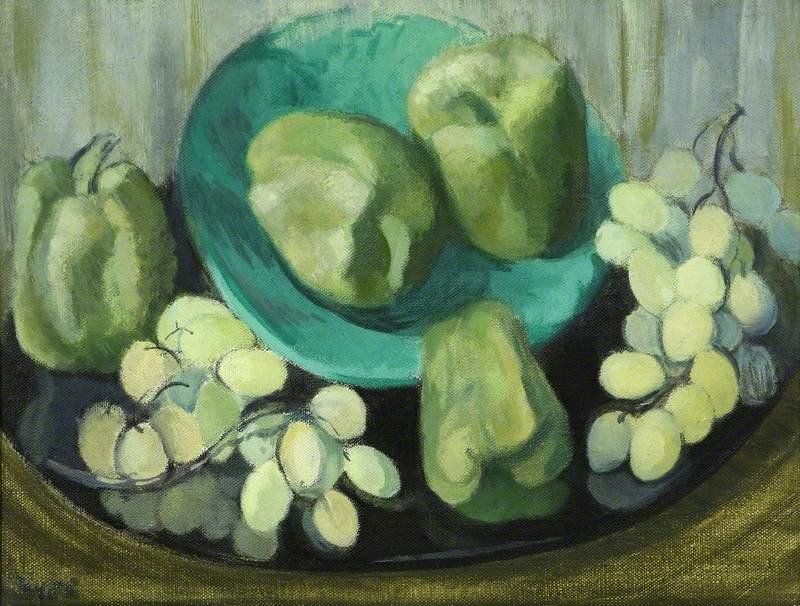 Painter, writer, illustrator and teacher. Born in London, son of the artist Alfred Walter Bayes, brother of the sculptor Gilbert Bayes and of the artist Jessie Bayes. Studied between 1896–1902 variously at evening classes at the City and Guilds, Finsbury, Académie Julian, Paris, and Westminster School of Art, with Fred Brown. From early 1890s began exhibiting at RA and NEAC, his first work for a public collection, Top o’ the Tide, being bought by the Walker Art Gallery, Liverpool, in 1900. Bayes was a founder-member of Frank Rutter’s AAA in 1908, and thereafter was associated with Walter Sickert and his friends at 19 Fitzroy Street, Camden Town Group and LG. One-man show at Carfax Gallery, 1913. In 1918 Bayes became head of Westminster School of Art, having previously taught at the City and Guilds, Bolt Court and Camberwell School of Arts and Crafts, and he held this post until 1934.

Read more
From 1934–7 he was a visiting lecturer at Reading University, from 1944–9 being director of painting at Lancaster School of Art. Bayes was a painter of tonal subtlety, an intellectual who excelled at the science of picture-making. Among his grateful pupils was David Jones. At various times Bayes was critic for Outlook, The Athenaeum, Saturday Review and Weekend Review. He wrote a number of books, including one on Turner, 1931, The Art of Decorative Painting, 1927, and a delightful illustrated travel memoir, A Painter’s Baggage, 1932. Tate Gallery holds his work. Retrospective at Michael Parkin Fine Art, 1978. Lived in London.