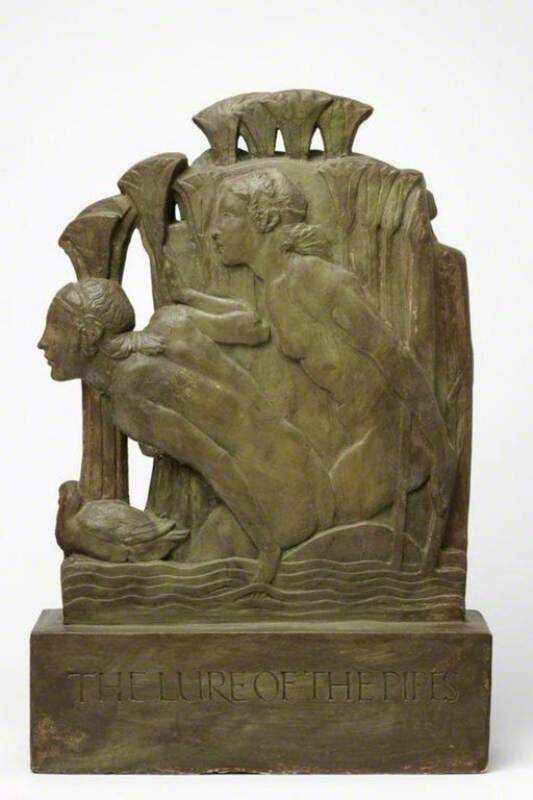 Sculptor of figures and monumental designer, born in London, son of the artist Alfred Walter Bayes and brother of the painter Walter Bayes. Studied at City and Guilds, Finsbury, classes and then, 1896–9, at the RA Schools, finally in Paris. He won an Honourable Mention at the Paris International Exhibition in 1900, a gold medal and diploma of honour at the Paris Exhibition of Decorative Art in 1925, as well as several medals at the Paris Salon and RBS. Was master of the Art Workers’ Guild, 1925, and RBS president, 1939–44. Among his chief works are Selfridges’ great clock, the great seal of HM King George V and the Seagrave Trophy. In 1998 The Fine Art Society held an exhibition to coincide with publication of Gilbert Bayes: Sculptor, supported by the Gilbert Bayes Trust.

Read more
The Tate Gallery holds his work. He was married to the sculptor Gertrude Bayes and lived in London.