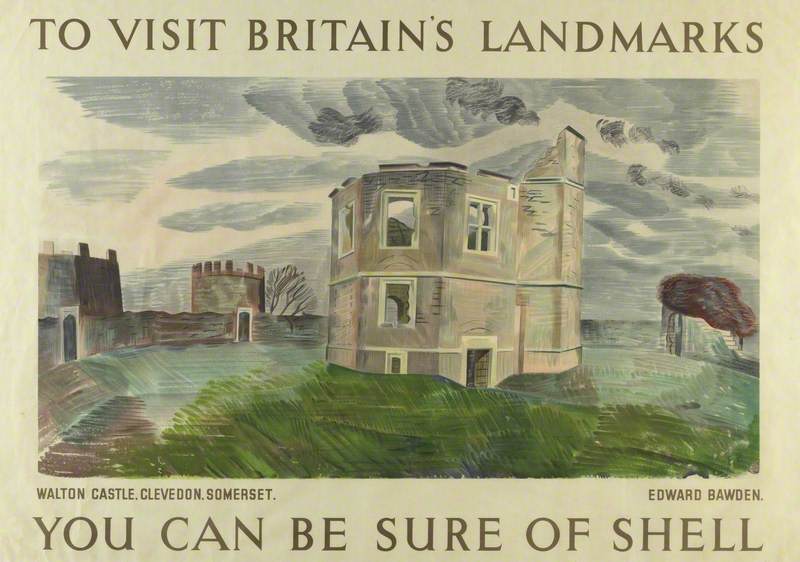 Fry Art Gallery
British water-colour painter, illustrator, and designer of posters, wallpaper, tapestries, and theatre decor, born at Braintree, Essex. From 1919 to 1922 Bawden studied at Cambridge School of Art, and from 1922 to 1925 at the *Royal College of Art, where his teachers included Paul *Nash and he was a close friend of Eric *Ravilious. He was an *Official War Artist in the Second World War (in France and the Middle East) and painted numerous murals (for example, at Queen's University, Belfast, 1965), but he is best known for his book illustrations. Most of them were done in pen and ink in an incisive economical style, but he also worked with linocut, lithography, and stencil.